Lots of news stuff is happening in Dropbox-land today! The company is holding its first-ever developer conference, dubbed DBX, and has already made a slew of announcements highlighting new features.

Firstly, you may have already noticed the new icon that showed up in the Play Store. Not a huge difference, but a new look is a new look – all the good stuff is hidden behind the scenes, anyway.

New icon aside, the company has announced some pretty nice things that will be available to developers moving forward: the Datastore API, Chooser, and Saver. Sounds exciting, no? Here's a look at each thing in a nutshell. 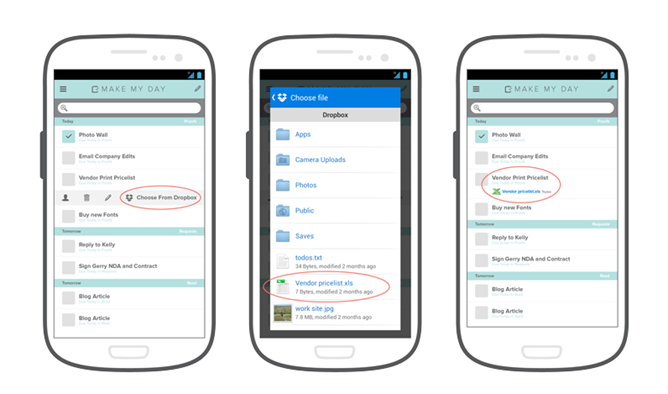 So far it's been a pretty big day for Dropbox developers and users alike. For more information on the aforementioned features, head over to the official Dropbox Blog.

Apple Ends Stupid "Appstore" Trademark Lawsuit Against Amazon, Probably Because It Was Really ...

MF9 Update Rolls Out To Sprint Galaxy S4, Adds Apps To SD Storage Option And Other ...