I love Yelp. In the US, it's the single best community-powered restaurant (and other place) rating platform available, and it consistently gets better. While it does have less of a following in some suburban and rural areas, for many city slickers Yelp is a way of life, and even as competing services have attempted to supplant it, Yelp has remained the most powerful tool of its kind.

From booking reservations via Open Table integration, checking in for discount offers, exploring the menu, or summarizing popular keywords to help you scout out the best food at a particular restaurant, Yelp really is kind of amazing. The one thing I've always wished it did but doesn't? Food ordering.

Well, hungry readers, today it's finally happening. Yelp is launching a brand-new tool called Yelp Platform that will allows business owners to implement online ordering on their Yelp listing via their existing delivery.com or Eat24 accounts. This. Is. Awesome. 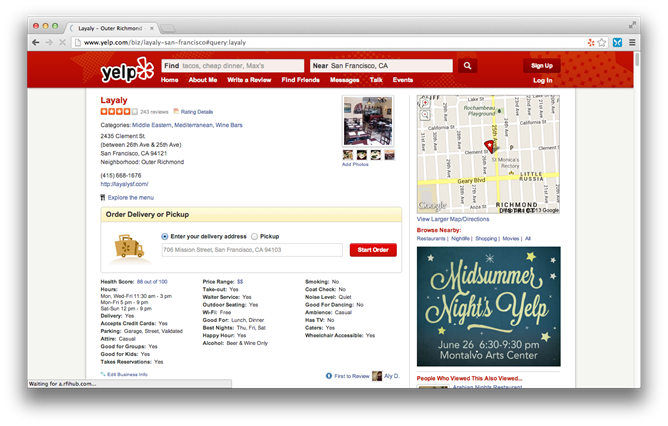 The feature won't just be limited to desktops, either. Yelp for Android will "soon" receive an update to add access to Yelp Platform ordering. Oh, and it won't simply be food - Yelp Platform is pitching to all kinds of businesses. Yelp wants you to be able to book appointments at spas, yoga studios, salons, even the dentist.

While you won't be Yelping in an order to your favorite local pizzeria via Yelp just yet, this is an exciting addition to an already outstanding service.

BaconReader Updated To v3.0 – More Efficiently Waste Time On Reddit With A New Tablet UI And ...