We know there are more than a few of you out there who are hooked on PushBullet, the pushing, pulling, syncing, file and information multitool extraordinaire. Until now the app was limited to Android, Chrome, and a more generic web interface (if you can call that limited) but today they've released a Firefox extension, for those users who prefer Mozilla's infinitely extensible web browser. Version 1.0 was uploaded this weekend, ready for testing with the greater PushBullet service. It hasn't yet been verified by Mozilla, but we can confirm that it's working great. You can find it here. 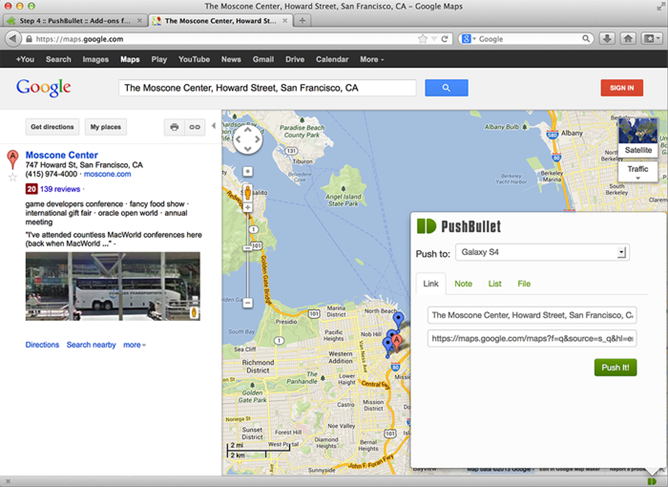 For the uninitiated, PushBullet is like a faster, less centralized version of Dropbox. Files, text, or links can be "pushed" from your desktop to your phone almost instantly, and they appear as a push notification instead of waiting for a sync. There's a developer API and support for sharing and pushing between users, among a host of other goodies. The developers have done an awesome job on the Android app: Jelly Bean 4.2 notifications are supported, and there's a DashClock plugin for power users as well. These folks get Android in a way that's undeniably refreshing.

Since the devs have decided to support Firefox instead of expecting all Android users to "go Google" with Chrome, there's really no reason not to give it a try. Unless you're using Internet Explorer. And if you are, just... wow.