If you're anything like the Android Police team, you have a ridiculous number of apps on your device. That's great when you need one of them, but finding it can be a pain. Scrolling through page after page of apps is a poor use of your time. As such, there are various ways to filter and search for apps on Android. However, maybe good old T9 is still good for some stuff. T9 App Dialer is not a new app, but it's perhaps the fastest way to find that one app. Let's take a look at how it does.

You may remember T9 text input from the days of feature phone text messaging. You just press the key on the number pad with the letter you want, then go through the whole word in that fashion. When you're trying to spell out an entire word, those old phones would narrow down the things you could mean based on the three or four possible letters on each key. If it didn't have the word in the dictionary, that meant a tedious letter-by-letter process of tapping it out. T9 App Dialer takes the best parts of T9 and uses it to filter your apps. 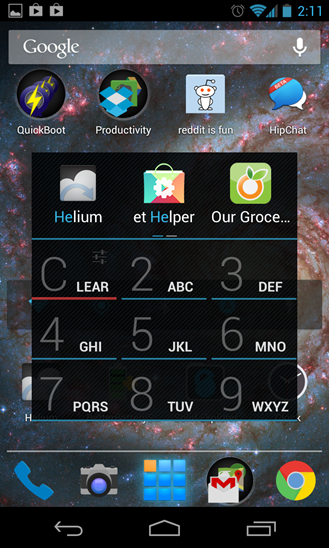 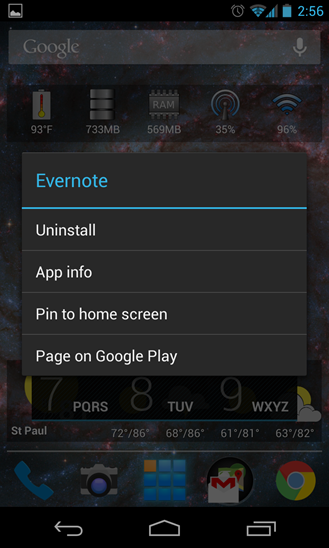 The app has an icon like any other, but when you tap it you get a number pad popup in the middle of your home screen. The idea is that this icon replaces your stock app list button, but you can only do that with a third-party launcher. Alternatively, just drop it in the hotseat next to the stock button.

To use T9 App Dialer, start spelling out the name of the app you seek. Usually one or two taps in, the icon you're looking for will pop up in the suggestion bar right above the digits. Before you start dialing, T9 will also populate that bar with recently opened and installed apps. There are two 3-icon pages, but that might get narrowed down to one as you start typing. The limited UI is attractive – it basically looks like the Holo dialer ripped free of its phone app moorings.

This basic functionality is included with the free app, but the $2.95 pro version includes a few extras. In addition to opening the apps from the suggestion bar, you can long-press to uninstall, open app info screen, pin to home screen, and open the Google Play page. Much of this is included in third-party launchers, but it's nice to see this replacement app dialer do the same.

Another interesting feature included with Pro is the notification widget. This expandable notification has the auto-generated app links that come up in T9 when you first open it. It can be used to launch any of those apps, or to pull up T9 from any screen. It can be disabled in the settings if you want. A minor point – the upgrade also removes the Pro version link in the second icon block of the suggestion bar, giving you up to 6 total app suggestions for all searches.

That's a resounding "yes" from me. T9 App Dialer works very well. I would dare say it's by far the fastest way to find an app in a long list. You might only have to press one or two buttons and the icon is right there for you. Because the keypad is nice and big, you can easily type one-handed. It even handles bad searches gracefully by pointing out there are no results, and you should tap to clear your entry and try again.

There are a few quirks you'll have to work around, though. First, T9 sorts apps based on the name they use in the launcher. So if you know an app by one name, but it uses an abbreviation in the launcher, you might have trouble finding it. For example, Pocket League Story 2 is called "PL Story 2" in the app drawer. 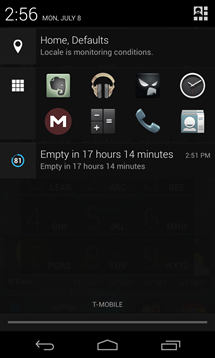 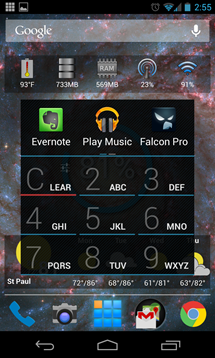 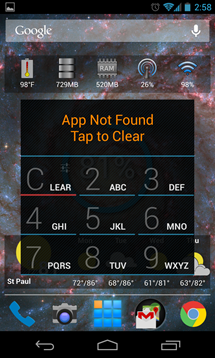 The other odd bit is that opening the settings and hitting the home button leaves your new app dialer locked to the settings screen. If you open it to search for an app, it pulls up the settings. This happens because it's an app, not a proper launcher. Just remember to hit back after messing with the (very limited) settings and you should be fine. It's a minor annoyance at worst.

If I had to take issue with anything, it's that the icon is a little ugly. But you can change that with a third-party launcher.

T9 App dialer is definitely fast, but I'm not sure I'll be able to completely move away from the browsing experience of the traditional app drawer. Even with 200 apps to dig through, it's fun to just swipe through there from time to time. Still, T9 is good enough to justify the full version for a lot of heavy users. Give the free one a shot and see if it works for you. 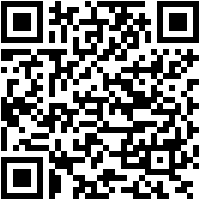 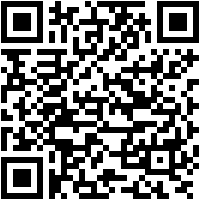