Welcome to the latest entry in our Bonus Round series, wherein we tell you all about the new Android games of the day that we couldn't get to during our regular news rounds. Consider this a quick update for the dedicated gamers who can't wait for our bi-weekly roundups, and don't want to wade through a whole day's worth of news just to get their pixelated fix. Today we've got a big-budget (but free-to-play) zombie FPS, a game in which Snoop Dogg teaches you the ways of kung-fu fighting, a new version of a game that really didn't need a new version, and an infamous Flash game/exercise in frustration. Without further ado:

Z End owes its title to a certain Max Brooks novel, its look to a certain Madfinger game, and its concept to a Valve title. For all that lack of originality (and it does actually hurt me every time I'm asked to include a zombie game in a roundup), the free online shooter looks like it's among the very best of Android shooters, at least from a technical perspective. It mixes the zombie-shooting, free-to-play structure of Dead Trigger with competitive online play. Expect lots of bugs (it's in the alpha stage) and heavy-handed in-app purchases.

We're in the BETA stage, please help us make game better - give us your feedback Z-end is the online shooter that will make you believe that the end of the world has come! Make your choice and decide whether to join with the other players to fight against violent zombies or to become a legend.

Way of the Dogg

OK, try and follow me here. Snoop Dogg, a fellow of infinite jest and most excellent marijuana, is the master of a martial arts dojo/recording studio/hotbox. You, a public-spirited trainee fighter by the name of America Jones (yes, really) accept the tutelage of The Dogg in order to protect the street, engaging in literal rap battles to defend your turf. Way of the Dogg isn't the most egregious rapper tie-in game I've ever seen (cough, 50 Cent, cough). At least it includes real, licensed music and rhythm-based gameplay, not to mention online multiplayer... if you're brave enough to admit that you've downloaded it.

Way of the Dogg is a brutal, rhythm-action combat adventure, set to Snoop Dogg’s music. Each level is a fresh fight against a different character in a new location defined by a Snoop Dogg track. As AJ, fight your way through 14 levels, each a superbly choreographed beat-matched fight, set to Snoop's music, including 'Who am I?', 'Gz and Hustlas' and '10 Lil Crips' to name but a few. Go head-to head with friends in multiplayer rhythm battles and follow Snoop's lead in the Temple Tutorials. Train with Snoop, pick a side, take your chances and find the way: The Way of the Dogg. 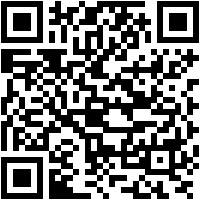 It could be said that the simplicity of Snake is the heart of its charm, and that adding anything to its incredibly basic formula would, in a very real way, destroy it. Publisher Moarbile would probably say something different. The classic "grow until you die" gameplay remains, but switches the old T9 controls to full analog, allowing for some more interesting movement possibilities. Achievements and in-app purchases are a given for this free title.

Snake HD is an improved version of the traditional snake game. In this game, you need move the snake to eat the gleaming beads and avoid the endless enemies. Players can not only eat items but also use power-ups. The greatest graphics will make players addicted to this game, which is the biggest advantage of this game.

QWOP is an Android version of the infamously difficult online Flash game. You play an Olympic sprinter in the 100 meter dash... or more accurately, you play (or at least control) his legs. Four buttons control the thigh and calf muscles of each leg. This game is so hard it induces rage in most players - that's kind of the point. It might actually be easier to train for, enter, and win a real Olympic event than to complete a single race in QWOP. Good luck, masochists.

QWOP is the local sporting hero of a prosperous country in the scandinavian alps. Unfortunately, it is too cold there for an outdoor track, and QWOP has come to the championships without completing his training! You can help QWOP achieve his sporting dreams! You just need to show him how to run. Control QWOP's legs and arms by moving your thumbs around in the diamonds on the screen. Move your thumbs in clockwise circles to make him run. Make QWOP lean forward and back by tilting your device. 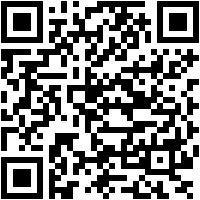 Uber Gets A Google-Centric Update, Now Has Google Authentication And Option To Pay With Wallet