It's been a bit less than six months since I got my Kickstarter-edition Pebble, and starting today you can waltz down to your local Best Buy and pick one up yourself. In that time I've gone from impressed, to slightly less so, then considerably more so, and now somewhat ambivalent. The Pebble has been much improved since its debut, thanks to consistent updates from the manufacturer and no small amount of third-party support. But the simple fact remains that this is an add-on device, a luxury even at its reasonable price. While it adds considerable functionality to any Android device, it would be hard to say that these functions are worth $150, or indeed, worth wearing and keeping track of another gadget on your person. 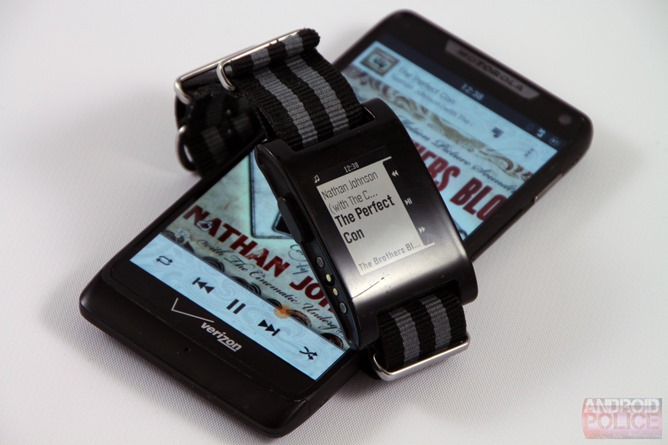 Pebble has done an admirable job keeping the watch fresh and relevant in the last six months. Thanks to regular updates to both the official Pebble app and the watch's firmware itself, the software's rough edges have been noticeably smoothed out. Most important is the support for third-party apps, but I'll get to that in a later section.

Two of my biggest complaints in the original review have already been addressed. Pebble now supports music control from a variety of music apps, selectable via a menu in the Pebble app. My main two sources of music, Google Play and Pandora, are supported natively, but any app that responds to Bluetooth A2DP playback commands should work. One small drawback is that it can only control one music app at a time, but you can pause or advance music without reaching into your pocket, and that's good enough for me. 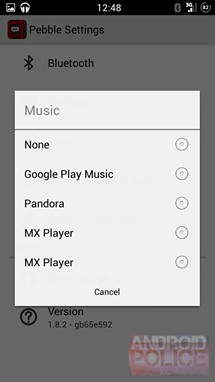 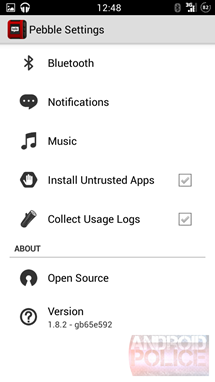 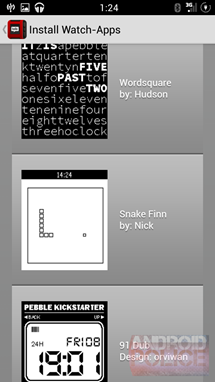 Pebble now displays multiple alerts at once. If you should get emails or texts in rapid succession, pressing the up or down buttons will allow you to scroll through them, more reliably eliminating the need to actually check your phone. While this isn't as useful as an alert center (where one could scroll through a complete history of alerts) it means that a second message or text won't send you diving into your pocket to check who the second-to-last sender was. 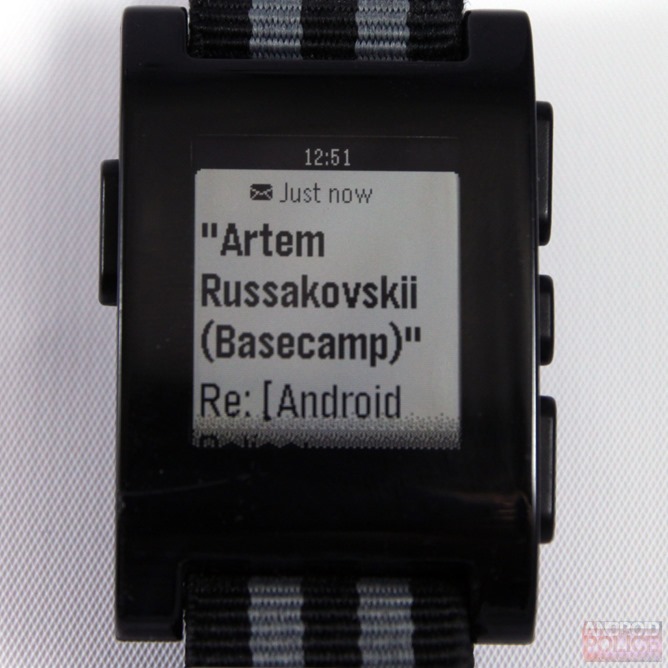 Other areas of the watch's software have received attention, especially when it comes to usability. You can now scroll through watch faces without having to open the menu, for example. You can also tap the Back button from an alert to immediately return to your default watch face (another feature I wished for in my initial review) or whatever app you've been using.

In short, the software support from Pebble has been excellent. I only wish phone and tablet manufacturers were so dedicated to keeping their devices updated.

Obviously hardware doesn't change over the course of six months, so there are just a couple of things to note here. One, the software updates have given the Pebble a noticeably longer battery life. In January, my watch would last a little over three days on a charge - fine, but not quite as long-lasting as you might want from a wristwatch that you're not used to charging. Now it regularly lasts for 5-6 days, a much more comfortable interval between charges. Battery life on my phone seems to have been slightly improved as well. 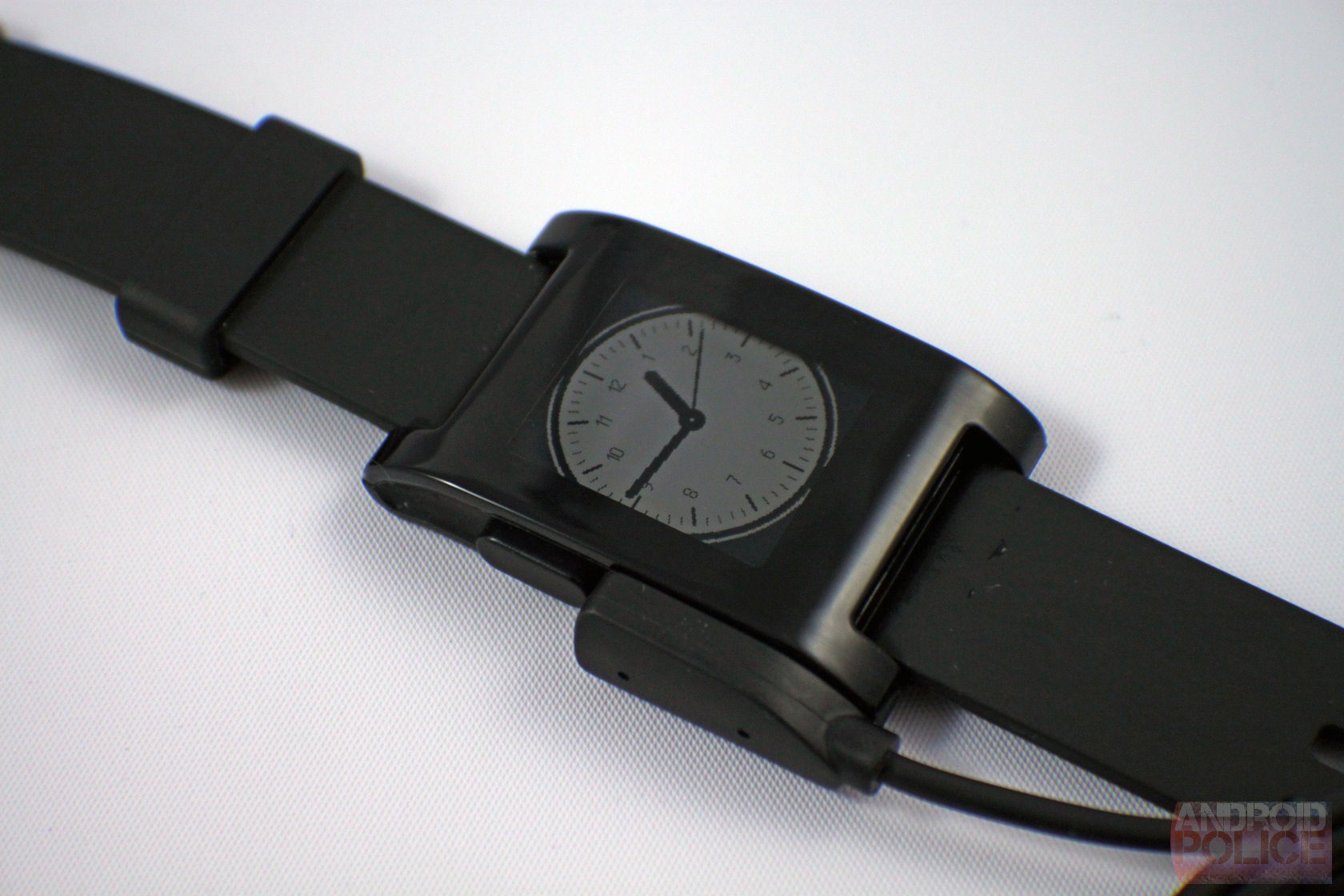 I initially guessed that the plastic screen wouldn't stand up to much abuse. I regret to report that this is correct: my Pebble has already received an unsightly scratch along the bottom edge, courtesy of an errant encounter with a brick column while exiting the supermaket. It's purely cosmetic and doesn't even cover the screen itself (which isn't touch-sensitive in any case), but you know how this sort of thing goes: I can't help but notice it more often than I'd like. If and when Pebble releases a second generation watch, I'd hope for a more typical and more attractive quartz or synthetic sapphire screen cover.

The rest of the watch seems to be holding up well, despite considerable activity on my part. Even the waterproof build of the electrical contacts has remained intact. I'll add that the motion-activated backlight which comes on with a flick of the wrist remains one of my favorite features.

Here's the game-changer for Pebble, and smartwatches in general. The Pebble creators themselves have still released only watch faces for their hardware (plus one version of Snake), but they've opened the floodgates for third-party apps, and a small but dedicated community of developers has responded. There are hundreds of watch faces and nearly as many stand-alone apps to be had for the Pebble, ranging in utility from indispensable to novelty. 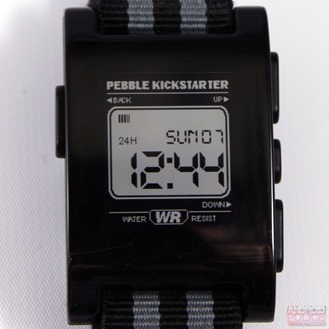 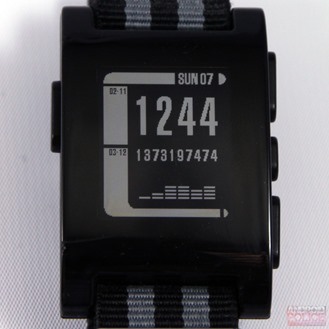 Want a watch face based on the famous Swiss Railway design? There are several. How about an LCARS version, for you Next Generation fans? Make it so. More useful additions include stand-alone counters, timers, calculators, calendars, and any number of activity-specific apps like a golf score sheet. There's Tetris, there's Asteroids, there's even a Pokedex app (original 151 only) for those who still have to catch 'em all. For the ultra-custom look, you can even create your own watch face with this nifty little tool. 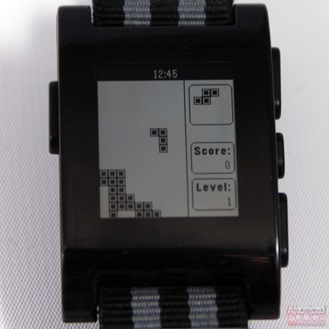 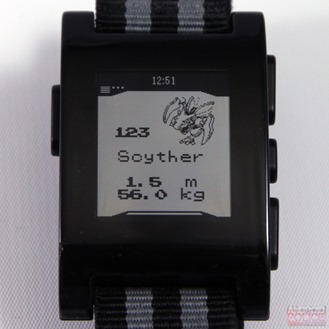 This is exactly what I was hoping for when the watch was released, and well done Pebble for making it easy to take advantage of third-party apps. All that's necessary is to go into the Settings menu of the official app, then tap the "Install Untrusted Apps" option. I've found My Pebble Faces to be the best-organized and most frequently updated of the Pebble app repositories so far.

Apps on the Android side have become commonplace as well. My favorite for simple, device-wide notifications remains the Pebble Notifier, which requires no changes to Pebble itself to work. Another handy app is the Phone Ringer Switcher, which allows you to change between ring, vibrate, and silent modes without touching your phone. This app will make your phone beep and vibrate remotely, a perfect alternative when you can't find someone to call your lost handset.

Here's where things get a little dicey. You see, although Pebble has become quite a bit better than it was at the beginning of the year, there's still very little reason for me to wear it on a daily basis. It's certainly cool to check an incoming email just by raising your wrist, and I can see a certain subset of users coming to rely on it for their daily routine. (An admittedly geeky subset - not that we mind that around these parts.) But I can't say I've encountered a single situation that needed a Pebble, or indeed any smartwatch, and wasn't already adequately served by a smartphone alone.

Take the phone ringer switch app above. It's a great idea and a useful addition, and it could be argued that Pebble should have included it as a first-party feature. But even in a crowded, dark movie theater, is the ability to set your phone to silent with a few button presses so much better than reaching into your pocket and doing it, for lack of a better term, the "old-fashioned way?" More importantly, is saving a second or two a few times a day worth wearing yet another gadget? 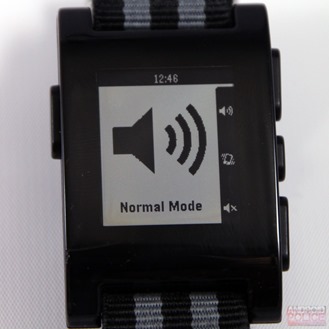 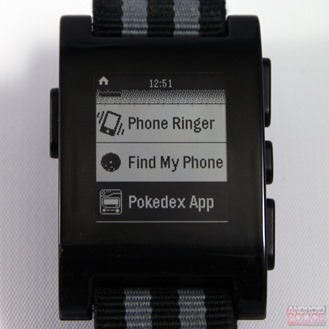 For me, the answer is no. I've worn a watch nearly every day for my entire adult life, and despite the added functionality of Pebble, I still put on my reliable Seiko nine times out of ten. I'll admit that this has something to do with fashion: the Pebble isn't the most attractive device out there, and despite Sony's best efforts, even a cheap sport watch will beat it for looks every time. And it's true that even with Pebble's sunlight-friendly screen, a conventional analog or digital watch is easier to read at a glance. But for the most part, it's because the only things I really, truly need from a watch are the time and date, something that hasn't been seriously improved upon for decades.

Of course, this is more of a knock on the concept of the smartwatch itself than Pebble in particular. But the simple fact remains that I'd rather wear a conventional watch, and I think that the majority of users - even among our tech-savvy readership - would agree.

The Pebble is a good little gadget, and has become much, much better thanks to ceaseless effort on the part of the manufacturer. Those who have to have the latest and greatest in wearable tech (and can't find or afford Google Glass) will be thrilled, and pleased with the continually-evolving nature of the platform. 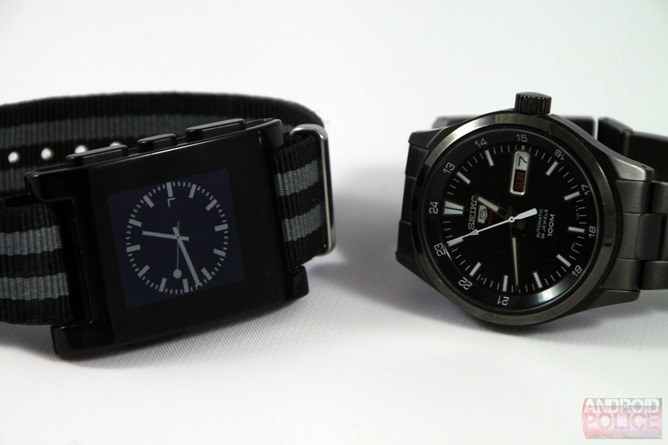 Dedicated gadget hounds will be more than willing to put down $150 for the Pebble, and at this point I'd encourage them to do so without fear of buyer's remorse. But for most smartphone users, Pebble, and indeed all smartwatches for the foreseeable future, will quickly become little more than a novelty. There simply isn't enough extra functionality on top of a smartphone alone to overcome the added expense and hassle.

[Weekend Poll] Is The Moto X Still On Your Wish List?