The football season is fast approaching, and that means hoards of fans are getting their fantasy rosters planned out. Anyone getting in on the action will want a way to keep track of all the necessary stats, and that's where the new NFL Fantasy Cheat Sheet app comes in. It's got IDP, ADP, AAV, VBD, and probably other esoteric acronyms. 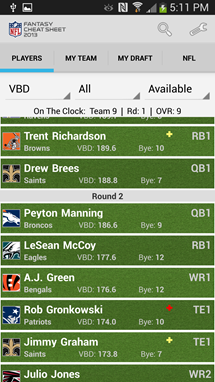 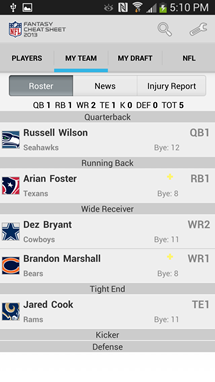 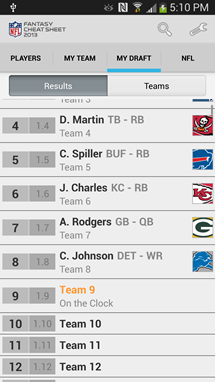 The NFL Fantasy Cheat Sheet lets you keep track of your players with live updated stats and news. There are various score projections and recommendation engines, as well. If you want to simply dig into the numbers and make your own guesses, the app contains all players stats for the last three seasons. The NFL fantasy app can be heavily customized to match the scoring rules used in your league. 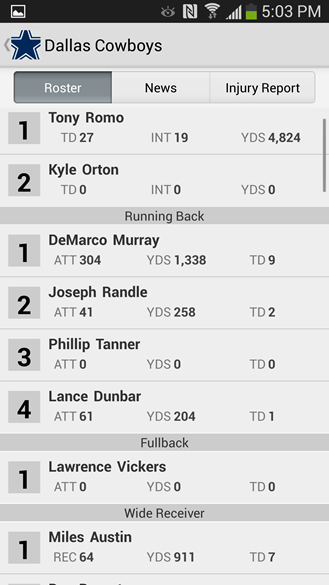 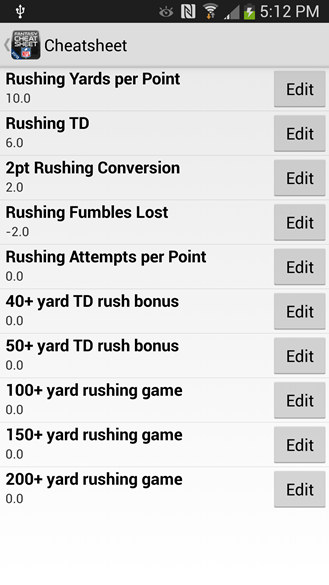 You might wonder why this is a new app, considering the old app was just updated for the 2012 season. If you're the cynical sort, money would be a safe bet (the UI even looks identical). The 2012 app has been unpublished, and the new one will run you another $3. If you're big into Fantasy Football, that might be well worth the price.

Update: a tablet version of the app appeared today. It's got a similar design on tablets, but costs $4.99. 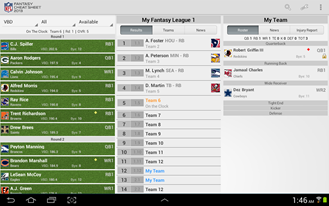 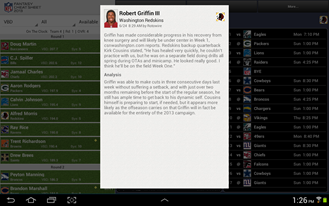 Six Months With The Pebble Smartwatch: Greatly Improved, But Still A Tough Sell