Google started testing free passes through the Field Trip app back in May, and now the program is expanding to more locations. Throughout the month of July, venturing near a participating location will produce a free single-admittance pass. The list of attractions is much larger than last time. 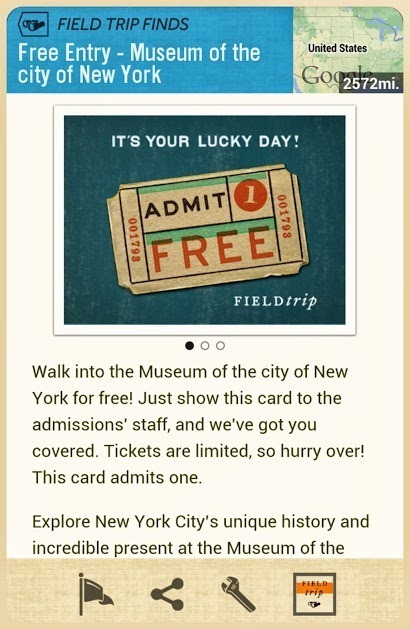 Field Trip, in case you don't know, is an app from Google's Niantic Labs. It runs in the background of your device and alerts you to interesting locations and attractions nearby. The free ticket program is running from July 2nd until July 30th. Here are the 23 locations participating this time around:

Just like last time, the free passes are limited in quantity. Even if you make it before July 30th, some attractions might have stopped handing out the digital tickets. Field Trip is free in Google Play.