After a few months of testing, Sony has announced its my Xperia service will be hitting all regions in the next few weeks. This system will provide remote management of 2012 and 2013 Xperia devices. Smartphones are expensive – it's nice of Sony to help you keep track of it. 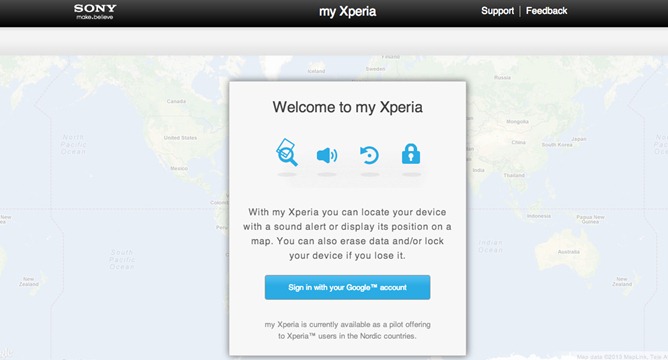 Once it is deployed in your country, my Xperia will come in the form of a new app that can be enabled in settings. The app was sent out to eligible devices in the European trial via an Update Center notification. This is the same system that pushes down OTA system updates, but my Xperia is just a new app. It will probably be the same for the official release.

With Sony's security system running you can do the following things from myxperia.sonymobile.com:

It's more limited than some of the third party solutions, but my Xperia is tightly integrated with the device. Sony's announcement does point out that availability of the service will vary by model, carrier, and market. Hopefully it won't only be the unlocked devices that see the update.