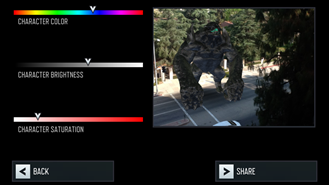 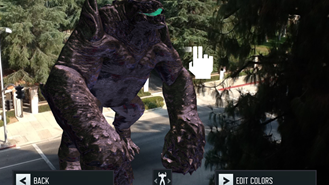 The game itself is a simple button masher. There are two attack buttons and two block buttons. All you really have to do is attack faster than the other monster. You can do battle as any of the three monsters or three robots. Kaiju Battle uses Qualcomm AR technology to paint the battle scene on your camera feed. All you need is an object for the app to use as a point of reference. I used a sheet of printer paper, but anything that stands out should work. There is also a simple camera mode that lets you stick Pacific Rim behemoths in your snapshots. 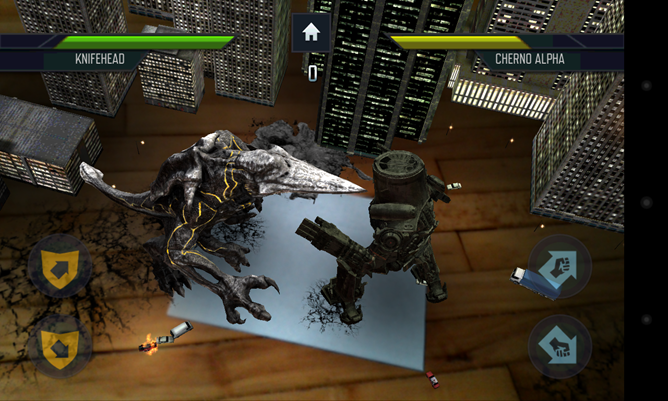 I would say the AR in this app works pretty well. It seems to scale proportions correctly, and rotates the battle as you circle around the point of reference. It's not the most advanced fighting game, but it's free and definitely fun to play around with for a little bit.