Sphero is a remote-controlled ball that's been making the rounds in both the toy and tech worlds for the last few years. With omni-directional motion and a gyroscopic sensor, it's a combination of remote-controlled toy and Bluetooth game controller, with the requisite smartphone control via Bluetooth. Today Amazon has the Sphero toy for $84.99, $45 off the retail price of $129.99. Like all of Amazon's Gold Box deals, this price is good for one day only. Amazon Prime members can get free domestic 2-day shipping as well.

So what can Sphero do? Well the most obvious application is as a remote controlled toy, zipping around carpets and tile like a possessed polycarbonate ball. It's waterproof, at least somewhat "pet proof," and can speed away at 3 feet per second. It's controlled by the Sphero Android app (there's an iOS version as well), which can operate with a conventional digital joystick or tilt mode. The app is also the means by which the toy's software is updated. But wait, that's not all!

Sphero creator Orbotix has released more than a dozen Android apps supporting the toy, with games ranging from golf to driving to (of course) zombies. Some games use Sphero as an augmented-reality player character, some have you holding Sphero in your hand and controlling a character or cursor on the screen. An open API and SDK means that anybody can join in the fun, and indeed, there are a handful of third-party apps and games that do just that.

Again, the nature of Amazon's Gold Box program means that this deal is valid for today only, and may also be limited by the online retailer's allotted stock. If you want to pick a Sphero up, there's no better time to do so than right now. 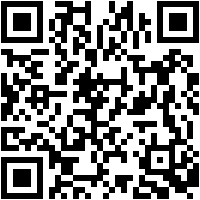