Motorola is rolling out its first ad for its upcoming Moto X tomorrow, one day before Americans kick off Independence Day celebrations. This is no coincidence. Motorola wants its Made-In-The-USA smartphone to stir patriotism in the hearts of consumers across the country. Yet that is just the beginning. Not only is the company pushing the Moto X as the first smartphone designed, engineered, and assembled in the USA, it's calling it the first smartphone that you can design yourself. If you're an American, this statement skips over platitudes of individual liberty and hits you straight in the gut. How can you not want to buy this phone? I'm feeling all kinds of awful for having just dropped so many Benjamins on an HTC One. 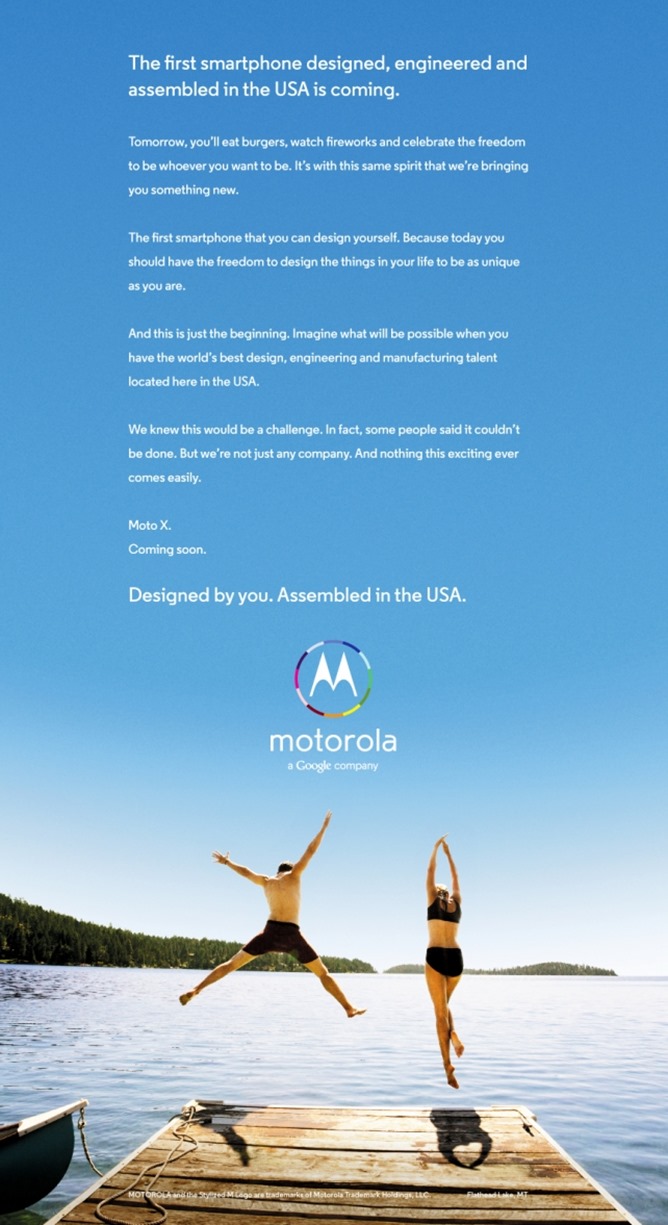 Patriotism aside, what could Motorola mean when it calls the Moto X the first phone that can be designed by consumers? This has the potential to be quite the selling point, and since it will appear in The New York Times, USA Today, Wall Street Journal and Washington Post tomorrow, quite a few people are going to see it. But if Motorola just rolls out the ability to pick between multiple CPUs and plaster a custom graphic on the back of a plastic case, it will hardly be anything revolutionary. Granted, that could lead to some pretty obnoxious looking phones, and what's more American than that?