With only 9GB of user-accessible storage, the 16GB variant of the GS4 simply won't do for many users. Sure, you can throw a microSD card in it for movies, music, pictures, etc., but that won't help in the slightest if you need more space for apps (for now, at least). The solution? Get the 32GB version. And if you're on AT&T, Amazon just knocked the price down by $40, making it comparable to the 16GB version's retail subsidized price. 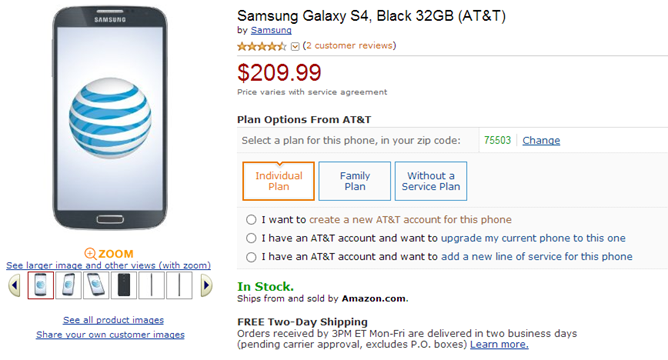 This price drop actually comes at a good time, as AT&T just ended a deal that offered 50% off smartphones $200 or less, which included the 16GB GS4 (unfortunately, that deal didn't apply to the 32GB version, as it's $250). So if you didn't hop on that because 16GB isn't enough, this deal should make the larger variant's price a little easier to swallow.