The Nexus 4 below was created without using any external images. Okay, the one below is actually just a screenshot of a Nexus 4 designed entirely using CSS and JavaScript, but the real deal is hosted over at CodePen. The smartphone is somewhat interactive - you don't have access to the home screen or the Play Store, but you can play around with the dialer. The tabs can be switched, even though they don't lead to anything for the time being. All of the code is visible for anyone who wants to see how the sauce is made. 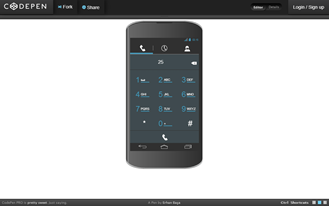 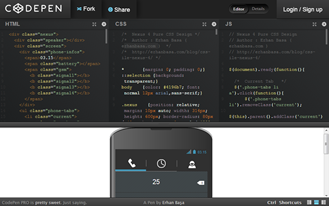 The vast majority of the code consists of CSS. Only the tab and integer interactions were written using JavaScript. The diagonal background pattern is technically an image, but it's still CSS since no external images are being loaded. This Nexus 4 was designed by Erhan Basa over the course of two days. His blog is written in Turkish, so even after translating to English using Google Translate, I still can't make out much more than that. Still, I've seen enough to file this away under "cool."