If you spent the early to mid 90s tapping away on a Neo-Geo controller, you're probably familiar with Samurai Shodown II. This classic fighting game was much loved at the time, and it's seen a bit of a comeback in recent years on Xbox Live Arcade and Wii Virtual Console. Now this title has arrived on Android thanks to SNK Playmore, but nostalgia doesn't come cheap.

Samurai Shodown II is an action-packed 2D versus fighter, but it has deeper gameplay than many of the games of its era. There are 15 different characters with their own unique powers and weapons. You can even smash your opponent's weapon to put them at a disadvantage. There are various control modes to make the game more true to the original, or just easier. Basically, it has an auto mode if you're really bad at fighting games. 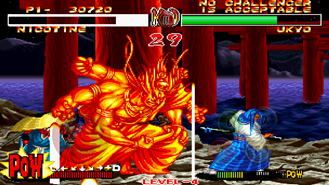 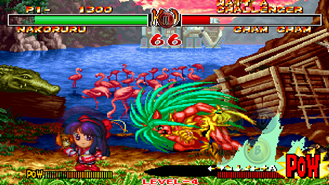 The game supports Bluetooth multiplayer, but both parties have to own the game. Samurai Shodown II is not an inexpensive game, either. It's $8.99 on Google Play, but you can take solace in the fact that it's $0.50 more expensive on iOS. It's a lot for a mobile game, but fans of the original might be cool with that. DIRECTV Updated To Version 2.5, Can Now Hear What You Want To Watch