The HTC One is a neat-looking device, all smooth lines and clean design. But it could do with a little more flair, right? Well, a new color for the HTC One, dubbed Glamour Red has been announced. However, it's only going to be available through Phones 4u in the UK. 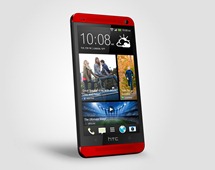 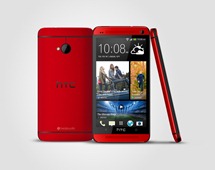 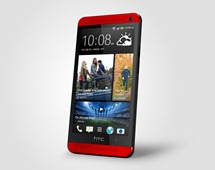 The red HTC One has been spotted a few times in the past, and will be joining the silver and black variants in mid-July. It's not clear if any US carriers will pick up the device, or if HTC is serious about the "exclusive" part. Additional colors tend to show up more frequently later in a a phone's life cycle.

If you think the Glamour Red is cool (and you're in the UK), keep an eye on Phones 4u. Full PR (with superfluous use of the letter u) is below.

LONDON, June 27, 2013 — HTC, a global leader in mobile innovation and design, today announces that the award-winning HTC One will be available in a distinctive, new colour. Available exclusively to customers of Phones 4u from mid-July, the new HTC One in Glamour Red packs the blistering performance and premium features that have garnered global acclaim since its launch earlier this year, into a body that makes a striking yet sophisticated statement.

Philip Blair, President of EMEA, HTC, commented, “We have always been committed to offering consumers the flexibility to share their personalities through their choice of mobile phone, whether through colour, customisation or features. The new HTC One in Glamour Red showcases the power of our flagship model in a colour that demands attention, whilst maintaining the high standards set for sophisticated design and build quality.”

Sitting at the top of HTC’s portfolio, the HTC One combines the latest in mobile innovation and design to offer the company’s most powerful experience to date. BlinkFeed aggregates multiple feeds from selected news sources, social networks and other in-phone features like the calendar or HTC Sense TV to create a customisable, real-time stream of relevant information direct to the home screen. HTC revolutionised photography with the introduction of the UltraPixelcamera, for superior images in low light, and HTC Zoe, allowing you to capture the moment, not just a split-second snapshot. BoomSound brings your music to life with front-facing speakers and Beats Audio™ optimisation, placing you at the heart of the action, whether listening to music, playing a game or watching a movie on the stunning, 4.7”, Full HD screen.

Since its launch, the HTC One has attracted a host of editorial and industry awards which recognise its superior performance and benchmark design. Highlights include the GSMA’s Global Mobile Award for Best New Mobile Device or Tablet at Mobile World Congress 2013 and Computex Taipei’s Gold Medal in Design and Innovation.