If you head over to Facebook Engineering's latest note, you'll find a lot of words that generally don't in any way forgive the fact that Facebook's official Android app is nothing short of an abomination. You will, however, find instructions on how to join the beta testing program for that app buried in this manifesto, near the bottom. Here are those instructions.

Now, there might be a slight delay between steps one and two (the Play Store link may 404 for a few minutes before it recognizes you), so be patient. The latest beta, which should be available for download now to beta testers, has the following changes, which you can find at the Facebook for Android Beta Testers Facebook page (that's a mouthful):

What's new in the beta version of Facebook for Android 3.4:
- Share News Feed stories in a private message
- Swipe left and right to open chat and bookmarks
- Based on feedback, you can now store the app on your phone's SD card (Android 2.3.7 and lower)
- Stability improvements
New if you're using Facebook Home:
- Organize your apps with folders—just drag one app onto another to create a folder 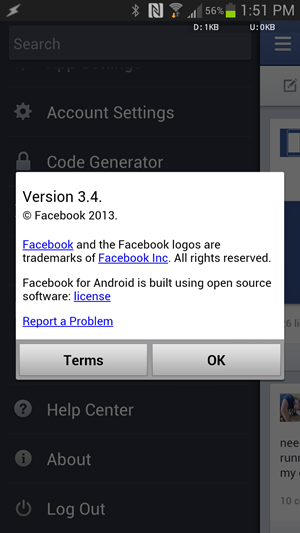 And there you have it. Are you going to be joining up to the Facebook beta testing pool?

No, Xbox And Other Microsoft First-Party Games Aren't Coming To Android Any Time Soon