In a turn of events that no one could have predicted, Google introduced, in partnership with HTC and Samsung, two versions of highly anticipated and desirable phones that are stripped of their manufacturer skins entirely and are devoted purely to stock Android. Equally unpredictably, this created a chasm in the Android community as the Nexus Warriors took up arms against the mudblood HTC One and Galaxy S4.

There were no survivors.

Here's the trouble, though: there's absolutely nothing wrong with the Google Play Editions of these phones. Nothing in particular about these devices themselves makes them better or worse than any other handsets aside from personal preferences. And, more importantly, they are exactly what they should be for regular consumers.

ROMs, Bootloaders, And Unlocked Phones Don't Matter To Most People 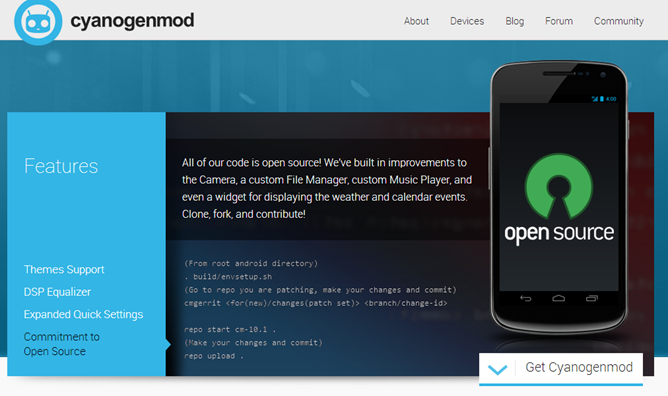 Average person: "Yeah. Uh huh. Mmhmm. I know some of these words."

The refrain heard from many of the Android faithful is that it's silly to buy a new phone just to get stock Android when a ROM would be easier. This argument appears to varying degrees. Some say that you should just root your phone and put CyanogenMod on it (which isn't strictly speaking, pure stock Android as it has tweaks too), while others more moderately say that a better solution would be an unlocking tool and downloadable ROMs provided as options.

This is completely nutty.

There are nearly a billion Android devices that have been activated worldwide. As of April of this year, there were 1.5 million activated every day. For comparison, the cumulative total of CyanogenMod installs (both official and unofficial) is around 5.7 million. Typical daily activation users aren't counted, but as of this writing, the number of installs over the last 24 hours was 15,866. In other words, nearly 99% of people who buy Android phones don't bother with CyanogenMod. The numbers for other ROMs might pad that out a bit, but the takeaway is clear: people who want to install ROMs on their phone are a minority. There's nothing wrong with that, of course! ROMs are great. There are a lot of cool features that ROM developers build and that's fantastic. However, most people just want to buy their phone and use it.

Now, if those things matter to you, then congratulations. You are part of an elite group of Android enthusiasts that statistically probably knows more than the average Joe about Android. This is probably why your friends ask you which phone they should get and come to you when their Samsung did that weird thing again. It is a terrible privilege and I'm right there with you. Just understand that when we talk about solutions for phones that involve getting one version of Android on a device, anything that involves being able to download something, tools to switch ROMs, or any idea other than "the phone comes with X software on it," you have already alienated ~99% of the Android market. That's just the reality of it.

Stock Android Isn't God, But It Also Hasn't Been Given A Chance 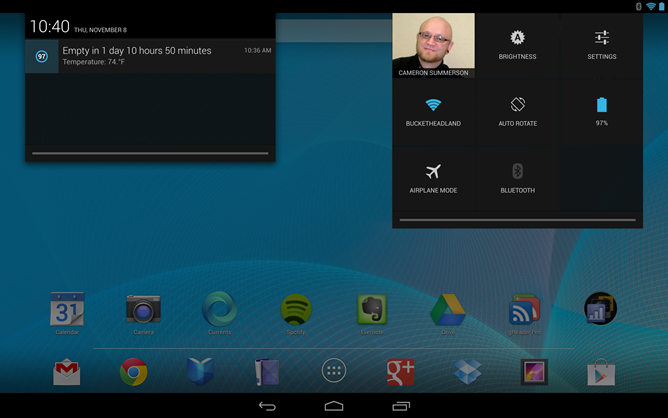 I know it's crazy, but some people actually might not even recognize this as Android.

At this point in the Android community, there are a couple schools of thought. The first is that stock Android, as designed by the divine Duarte and riding on the wings of Nexus Nephilim is the alpha and omega of software design now and forever, until the end of time. The other is that stock Android is overrated and actually I kind of like Sense/TouchWiz/whatever, and I'd probably miss some small feature that I've been living without for literally my whole life if I had to switch. But there's one other group that gets overlooked, and they're a big one:

I know it's crazy, but hear me out. Remember that ~99% of people who don't bother swapping ROMs on their phones? Chances are a lot of them don't even know or care what stock Android is. In fact, think about this: the G1 came out in the fall of 2008. Most standard contracts in the U.S. last two years. So even if someone got the G1 the instant it came out, if they only upgraded their phone every two years, they would only have just gotten their third smartphone last year.

Except, most people did not get the G1. Most people waited. According to comScore, Android didn't overtake iOS for domestic install base until November 2010, a full two years after the G1's arrival. At that point, it acquired 26% of the paltry 61.5 million smartphone users, or about 16 million users. Compare that to the 52% of a 138.5 million smartphone user market we have today (or about 72 million Android users), and even in 2010, there were not that many people who had much experience with Android. Let's say they did, though. Let's say everyone in the country got their first Android device in November 2010. Assuming a two year contract term and everyone chooses to update at the end of it, most people only just got their second Android phone a few months ago. Second. Two. That's not even enough to try Sense, TouchWiz, and stock Android, much less know which one they like better.

Plus, during the time in between, they're probably not checking out everyone else's phones in great depth. I mean, surely they talk about it. They've got "an HTC" and their friend just got a Galaxy and they're curious, so they'll play with it and be all "that's cool. I think I like mine better/worse/I like waffles" and move on. However, it's reasonable to assume that most people don't have an opinion on stock Android because unless they bought a Nexus device or one of the very, very few devices that came with stock Android already, most people probably haven't used it as their daily driver.

That's not to say stock Android is more obscure than the uncomfortable, grating sounds and pubescent squawking that your hipster friend insists is "an album from this great band you've probably never heard of." Just that if you go to a Verizon or AT&T store, chances are you won't see a stock Android phone. You rarely have over the last five years. And worst of all, that still hasn't changed. Which leads me to...

These Phones Probably Won't Sell Well Regardless Of Their Quality 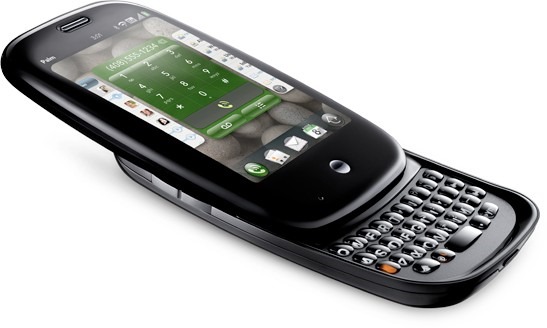 Pictured above: the ghost of Nexus business models past.

We ignore it because we spend so much time reading about and comparing smartphones that retail outlets seem like the very last thing on our mind. However, here are the facts: most people who buy smartphones in the U.S. do so because they go to a store and look at what's available. Or because they see a ton of ads for a particular phone. We've talked a lot here about why advertising matters so much to a phone's success and compared to even HTC, Google has done hardly any advertising for the Nexus line (until very recently which, coincidentally, is coupled with a spike in Nexus sales, led by the Nexus 7).

Step back and think about this for just a second. One of two things has to be true to justify the absolutely abysmal sales numbers of past Nexus devices like the Galaxy Nexus: either the devices themselves are horrible—and I mean horrible—for regular consumers, or the barriers to entry are too high. Now, we can't rule out that maybe the Nexus line of phones is worse than Windows Phone and Blackberry and that no one likes them unless their neckbeard has its own neckbeard. However, the much more likely scenario is that very few people want to buy a phone off contract.

Note, I didn't even say "for $600+ off contract." I just mean "off contract at all." The Nexus 4 sold a lot better than previous Nexus phones, but if the scuttlebutt both in and out of the tech sphere is any indication, most average people did not frantically refresh a web site to buy their phone. Most of them probably bought phones the way they always have: by waiting until their contract was up and going into their carrier's store, where they would find exactly zero Nexus 4 units (unless they're on T-Mobile).

Until this changes, these devices will continue to underperform commercially. Stock Android devices are great products that consistently fail to do the one most important thing a product needs to do: ship. They don't get in to customers hands. That's a problem. It has nothing to do with failing to understand what people want in a phone, missing the boat, or a misguided solution to the problem of fragmentation. It has everything to do with half-assing the job of putting phones into the hands of consumers.

In fact, if it weren't for the rest of the Android ecosystem (and the fact that Google doesn't have to make money on Android to stay afloat), the Nexus line would've been dead a long time ago. How do I know? Because that's exactly what happened to Palm. WebOS was a great-looking product that users loved when they got their hands on it. But it was closed down, only Palm made the hardware, and it was only available on a few carriers. Updates weren't even part of the issue. It was just pure lack of availability that killed the platform.

Oh, and side note while we're on the subject of updates: no one knows anything. Period. We have never been in a situation where we're waiting on updates for a Google Play Edition device, we don't even know how important Android updates will be now that Google is apparently focusing on Play Services as the backbone of many new features instead of an OS update, and Google has specifically stated that updates will be received "shortly after a new version is released." Just because HTC and Samsung will handle drivers or whatever doesn't magically make these things second-class citizens. No one knows how this will work yet, and anyone pretending to know for sure that this is better or worse is guessing at best and lying at worst. In other words, stop making crap up and then whining about it.

All that being said, if the stock version of the HTC One or the Galaxy S4 work for you and you're willing to spend the money, go for it. They're good phones. In fact, they're probably among the best Android phones you can get right now. It really would be difficult to be completely unsatisfied with either of them. And if you do buy one and find your life is miserable, it might be a sign that you need to look elsewhere for happiness than your smartphone.