Dexetra Software, the team behind apps like Iris and Friday, recently brought a new creation to the Play Store with dialapp, a dialer that provides a similar experience to Android's stock dialer, but has one (big) twist: dialapp attempts to guess who you want to call before you even open it.

Basically, by learning from your communication habits based on location, time, and calendar information, the app "magically" knows who you're likely to call, floating those contacts to the top of your call history screen. 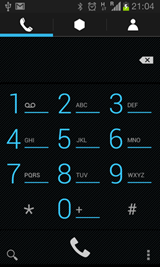 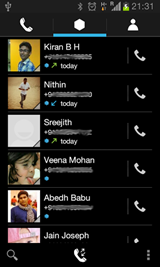 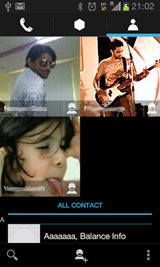 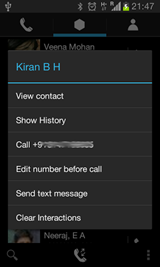 Really, it's as simple as that. The app can connect up to Dexetra's Friday service through Google+ to learn more and "unify" contacts, but users are free to pass on signing in.

The app could use some polish (the contacts list header reads "All Contact"), but the idea certainly has potential, and dialapp's main functionality disappears into the background thanks to its stock inspiration.

Dialapp is free from the Play Store, so if a contextually-aware dialer sounds like something you're interested in checking out, hit the widget.