Pebble smartwatch owners have been without a reliable way to receive notifications for Google instant messages since Hangouts was launched at Google I/O, at least if they rely on first-party solutions. Today's update to the official Pebble app changes that, with native support for the Hangouts app for both messages and video Hangout requests. If you've remained faithful to the older Google Talk app, it's still supported as well. 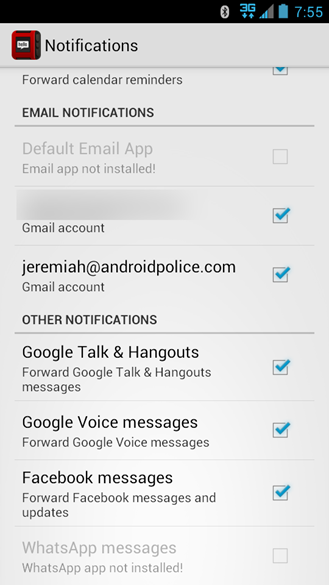 Other changes are sparse: the official changelog mentions only the standard stability tweaks and some developer-side improvements. Feedback from reviews in the Play Store are positive, and on my own Pebble unit, things are working just fine. Remember that there are plenty of third-party alternatives for system-wide notifications, like Pebble Notifier, if you get tired of waiting for the official app to update.

CyanogenMod 10.1 Final Will Begin Rolling Out Tonight [Update: It's Happening]