Nintendo DS games making their way to the Play Store? I could get used to this. Publisher UbiSoft and port developer Tag Games have just released Might & Magic Clash of Heroes, a 2009 entry in the venerable Might & Magic RPG series originally made for the DS. It's been re-released as a downloadable title on the Xbox, Playstation, PC, and (of course) iOS, but this one only took five months to jump ship to Android, so let's not hold too much of a grudge. It's available in the Play Store for $4.99.

Clash of Heroes follows broadly in Puzzle Quest's footsteps, combing a winding story with RPG leveling elements and a puzzle-style battle system. The fights are unlike anything you've seen before: a mix of strategic grid troop placement and turn-based combat, all with equipment and rules that fit within the universe of the long-running franchise. The object is to group like-colored units in vertical columns to combine their strengths for devastating combo moves.

Clash of Heroes was released to near-universal acclaim on the DS, and its story-driven narrative and turn-based combat system should translate well to touchscreen controls. The Android game includes the full single-player campaign and a local multiplayer mode. Considering its portable origins, five bucks for the full game isn't bad - I hope Square Enix is watching. You'll need a whopping 900MB of free space to install the game. 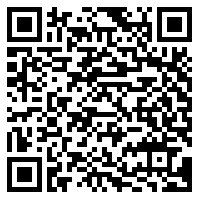 Technogym Wants To Smarten Up Your Treadmill With A Touchscreen, NFC, And An Android-Powered ...