The Team Win Recovery Project (stylized "TWRP") is an alternative recovery software for various Android phones and tablets. TWRP tends to focus on newer, more interesting features, as opposed to the more established ClockworkMod recovery. A few TWRP fans have created a support app for users of the custom recovery and posted Alpha information to the XDA Developers forum, allowing users to install new ROMs, backup, restore, and wipe their device from within Android. In layman's terms: it's ROM Manager for TWRP. 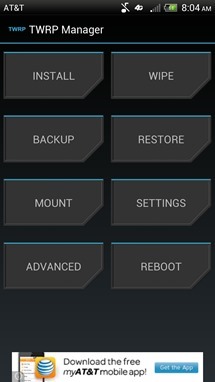 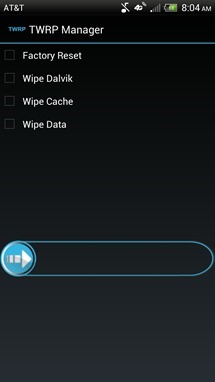 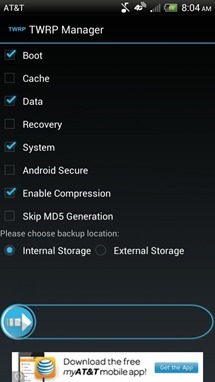 TWRP Manager comes from XDA members JMZ and DeesTroy (current maintainer of the TWRP). The app requires root access, Android 2.3 or later, and (naturally) some version of the TWRP custom recovery installed. Right now most of the basic functions of the recovery itself can be performed in the app, including advanced wipes and backups. The interface follows TWRP itself, which means a few odd quirks - some actions are engaged via a sliding button not unlike a basic lockscreen. Planned additions include better tablet support and Dropbox syncing.

At the moment, the Manager app is being released in a public alpha only to members of the project's Google+ community. Once you've joined the community, you'll have access to the Play Store app, so long as you use the same Google ID.

Samsung Takes A Page Out Of The Zune Playbook, Adds Brown/Black Color Option For The Galaxy ...