Brown doesn't get enough credit as a hard-working member of the color spectrum. Despite representing such wonderful stuff as chocolate, wood grain, and varying degrees of melanin pigmentation, it's somehow thought of as boring. Brown keeps its head down and does its job all day long, while that swanky overachiever White and do-nothing Black get the top spots on modern gadgets. Brown's one time to shine was the Zune, and even then it was destined to fail, by virtue of not being an iPod. Apple never even thought of making one in Brown, those jerks. 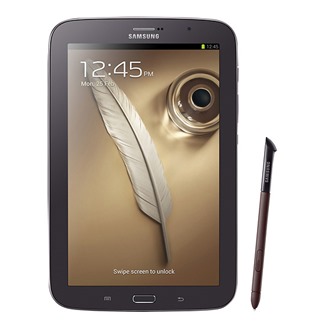 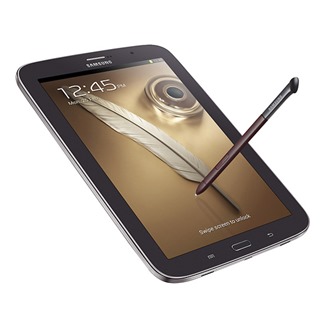 Samsung is here to give Brown another shot at rich, chromatic glory. After offering the Galaxy Note 8.0 exclusively in white since its inception, a glorious Brown version of the WiFi tablet showed up in the online store listings for Best Buy, B&H, and BuyDig. Well, it's sort of brown - the front façade and button look like black in the product photos, so presumably the back cover is the same shade of dark Brown as the bottom half of the S-pen stylus. (Best buy lists it as "Brown/Black," while B&H calls it Black & Brown.) Brown just can't get a tablet all to itself, can it? I guess that brown GSIII didn't do so hot all on its won.

The tablet has the same $400 retail price as its pearly white brother ($397.99 at BuyDig), and the $25 Google Play credit for registering the Galaxy Note 8.0 with Samsung is still in place. If you don't mind robbing Brown of its chance to shine, you might want to wait to purchase the Note 8.0 - it seems to be a popular device for sales and combos.

Update: Amazon now has a listing for the Galaxy Note 8.0 in Brown Black [sic], which you can find here. The tablet is $399.99, and the listing still doesn't show the back.

PSA: This "Blackberry Messenger BBM" Published By Developer RIM Has 100k+ Installs But Is As ...