If you're one of those people who likes to know the full lyrics for every song in your library, prepare for a shock. The TuneWiki service will be shutting down on Friday, June 28th, after nearly five years of dutiful service providing scrolling lyrics for pretty much every song under the sun. The shutdown was announced on TuneWiki's website, with no concrete reason given, aside from members of the company moving on to "new journeys."

TuneWiki has come a long way from its early days, when we pioneered the inclusion of scrolling lyrics with music playback. Over time we blossomed into a vibrant social music service that has been enjoyed by millions of music lovers. We saw countless examples of passionate and inspiring personal expression using lyrics and music as the foundation. We are excited by the many friendships built within our community that I believe will last for years, if not a lifetime. This is what we set out to build and we are very proud of what we created. Unfortunately, everything comes to an end sooner or later and now is the time for those of us who have worked so hard for so long to move on to other journeys.

The TuneWiki lyric app has been downloaded more than 10 million times on Android alone, to say nothing of its somewhat controversial inclusion in carrier-specific Android builds for subsidized phones. As of version 4.6.2 of the local music app, it's added full album art, an Instagram-style photo/lyric combination function, and various social options. The TuneWiki publisher has also created an ad-free pro version of the app, a lockscreen add-on, and various editions for partnered Motorola phones. The shutdown announcement did not say if the apps will disappear from the Play Store on the 28th, but without access to the service's database, the lyric function will almost certainly cease to work. 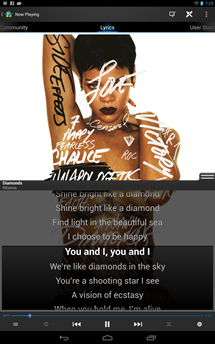 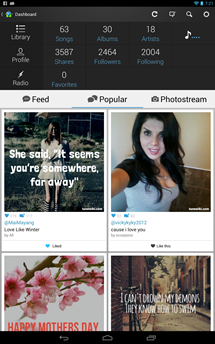 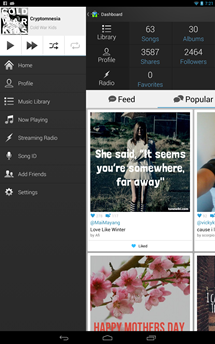 TuneWiki gave no explicit reason for the shutdown, but it's a good bet that the company was having trouble monetizing its service. Streaming music providers like Pandora have since added lyrics to their apps, and the $3 TuneWiki Pro Android app has been downloaded fewer than 10,000 times. In honor of TuneWiki and its users, I'll leave you with the following video - hopefully you probably won't have to look up the lyrics.