Welcome to the latest entry in our Bonus Round series, wherein we tell you all about the new Android games of the day that we couldn't get to during our regular news rounds. Consider this a quick update for the dedicated gamers who can't wait for our bi-weekly roundups, and don't want to wade through a whole day's worth of news just to get their pixelated fix. Today we've got an unfashionably late Batman game, a giddy throwback to beat-em-ups of yore, a 2D top-down shooter (minus the shooting), and a couple of free demos for Kairosoft's pixelated favorites. Without further ado:

Well Batman fans, the mobile tie-in to Batman: Arkham City has finally arrived for the majority of Android devices... just 18 months after the game was released. Let the low download numbers of Arkham City Lockdown serve as a lesson to developers who take too long to port games from iOS, or indeed, leave them as Amazon exclusives for too long. The game itself is nothing like the console and PC game it's named after - Lockdown is yet another Infinity Blade clone, complete with tap-and-gesture fighting and (sigh) in-app purchases.

The inmates have escaped and Batman has his hands full defeating an army of henchmen and some of his most iconic villains. Scour the rooftops and the seedy underbelly of Gotham City through a series of one-on-one battles with The Joker, Two-Face and more, as well as the Batman: Arkham City Lockdown exclusive - Deathstroke. Choose from several Batman skins and power-ups as you punch, kick and combo your way to cleaning up Gotham City. 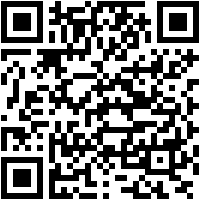 Inspired by over-the-top 2D brawlers from the 90s (which were themselves inspired by over-the-top action movies from the 80s), Roundhouse is here to kick ass and chew bubblegum. And they didn't have its favorite kind of bubblegum at 7-11, and no one in the restaurant would share, and it's just had a bad day, alright? The game's unapologetic devotion to old-school style extends to the on-screen controls, which faithfully mimic the dingy arcade cabinets of your childhood. The full game is a buck, with a free version available as well.

Roundhouse is a 2D-Physics action game that takes you, the world's toughest rock star, to Hell and back. Inspired by old school arcade brawlers, Roundhouse is easy to learn and difficult to master. Perform furious feet-flyin' combos as you fight your way through many unique stages, each with challenging bosses that will put your thumbs to the test! Develop the foot fetish you never knew you had; no shame required.

Fireball SE is sort of like a dual-stick shooter... without the shooting. And just one joystick. The object is to guide your ball of light across the playing field and avoid the amorphous blobs chasing it, Asteroids-style. At the right moment, you can activate bombs to clear them away, racking up combos and giving yourself a bit of non-breathing room. The standard countdown and survival modes are present, and graphics look pretty smooth, albeit on the simple side.

Smooth Controls, Explosive Action, and Thrilling Escapes! Fireball: Special Edition is an addictive and challenging, arcade survival game. Dodge swarms of enemies and lead them to their destruction across 3 modes and 2 difficulty levels. 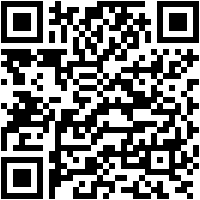 We wrote about Ninja Village when it was first released: it's one of Kairosoft's unique city builder/RPG games, this time set in Japan's Edo period. As usual with Kairosoft games, there's now a free demo version. You can only play for a short while and landscape mode is disabled, but it will give you a taste of the $5 full game.

Rewrite the history of feudal Japan with an army of the ultimate guerrilla warriors: ninjas! The shogun has fallen from power, plunging the land into chaos as feuding feudal lords scramble to take his place. But the shogun has an ace up his sleeve: you! As the head of a leading ninja clan, it's up to you to rally your followers and help unify Japan! As their fearless leader, you'll need to train your fellow ninjas in the ways of modern 16th-century warfare--including the use of those newfangled matchlock guns! Assign them to infantry, cavalry, and other units to form an army fit for a shogun! 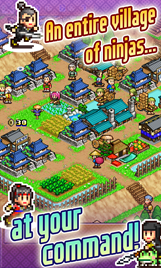 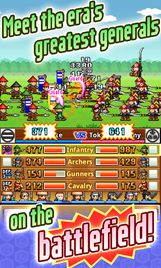 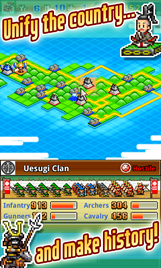 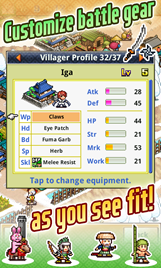 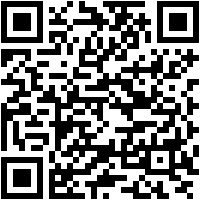 Ditto for Kairosoft's Pocket Stables. In this game, you win thoroughbred races instead of slay vast samurai armies, but the principle is the same. You'll also need to keep your stables in tip-top shape to try and attract visitors. The full version of Pocket Stables is also $5.

Manage your very own ranch while training your racehorses to win big in exciting races! Build training facilities like dirt courses and pools amidst the beautiful natural surroundings of your ranch. Increase your ranch's fame and entice visitors to spend some dough at your ranch's amenities, like ice cream stands and gift shops. Find horses with the right combination of stamina and speed and intensity and train them to race. Keep winning races to earn bigger and better prizes, as well as the ability to compete in even bigger and more exciting races on an international scale. 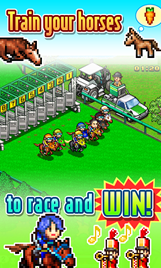 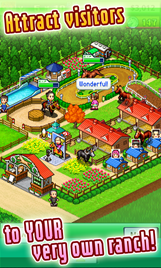 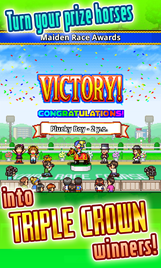 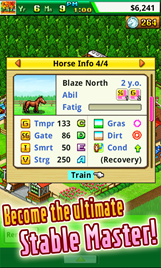 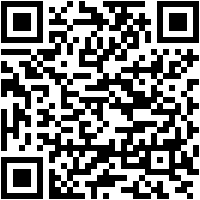