We're always looking for new and practical ways to prop tablets up (or otherwise use them without tying up at least one hand). While we've looked at several different tablet stands in the past, we've never seen anything quite like the MonkeyKit ($99) and WhaleKit ($49) for Octa's TabletTail. Before we get into that, though, a little explanation of the TabletTail is in order.

TabletTail itself isn't one particular thing, but rather a series that encompasses a few different components for different uses: the vacuum dock, MonkeyTail, and WhaleTail. The vacuum dock is the meat and potatoes of the entire setup; without it, the WhaleTail and MonkeyTail are completely useless. It attaches to the device with a suction cup and uses a vacuum seal to ensure an ultra-tight hold. Simply press the device onto the back of your tablet, depress the button three or four times, and you have an incredibly strong hold. This sounds great in theory, but there are some real limitations in its practical use – namely, the material that the back of tablet is made of, along with any textures that may be present, play a huge role in how good the suction actually is (or whether the vacuum dock will take hold at all).

Like so many other tablet accessories out there, the TabletTail kits are designed to be used with the iPad. This makes Android tablet compatibility very hit-or-miss, which is a shame. For example, the vacuum dock grips the ASUS Transformer Prime/Infinity extremely well thanks to its aluminum shell, but it won't grip the Nexus 10 even a little bit, due to the rubbery material on the back. The Nexus 7 falls directly in the middle – the vacuum dock grips it and holds, though not nearly as strong as the Prime or Infinity. It's virtually impossible for Octa to create a product that will grip every tablet on the market, so this is just one of the caveats to be aware of when considering the TabletTail and its accessory kits. Of course, the problem is knowing whether or not it will actually work on your particular tablet, which is something that I unfortunately can't verify for every device on the market. The one saving grace here is cases – if you have a plastic (or similar) case with a smooth texture, there's a good chance the vacuum dock with be able to hold it. If you're interested in the TabletTail and want to know if it'll work with your tablet (sans case, of course), drop a comment below and I'll do my best to give you an idea of whether I think it will work or not.

Once you've concluded that it will work with your device, you have to decide which kit is right for you (the vacuum dock can be used in its own, too, but the real utility is in the stands) – the WhaleTail or the MonkeyTail. Let's take a closer look at each now.

First things first – you may be wondering why this thing is called WhaleTail. It's pretty simple, actually: it looks like a whale's tail, with the "fin" acting as a the base. Honestly, it's kind of silly looking, but it's versatile and it works, so I'm willing to give the aesthetics a pass. The tail is adjustable, so it can easily be positioned in a number of different ways; the vacuum dock can also be placed basically anywhere on the back of compatible devices, making it possible to get nearly any angle imaginable.

Octa actually has several short videos demoing some of the WhaleTail's various uses, such as a stand, a handle, and even an easel.

Past that, the WhaleTail is pretty straightforward. Both the tail and fin can be manipulated to fit a variety of use-cases, and the vacuum dock can be moved into various positions to create several different angles. At $50, the WhaleKit (which includes the WhaleTail and vacuum dock) is pretty pricey compared to some other tablet stands, but its versatility may make up for that to some users. However, tablet compatibility is a definite issue here, so that's also something to consider.

If you're looking for the most versatile tablet stand I've ever seen, however, you want the MonkeyTail.

The MonkeyTail is actually the Octa product that first caught my attention. The idea behind it kind of reminds me of the Uni Bobine, except the MonkeyTail is well-implemented, designed for tablets, and, most importantly, not terrible.

Here's the basic gist: MonkeyTail is a highly flexible, yet very sturdy stand that can be used anywhere from on flat surfaces to wrapped around poles, trees, or tripods, or in between couch cushions/mattress pads. It's insanely versatile, but it does require a bit of TLC to get it to work properly. With the right amount of attention, however, it will stay firmly in place. Fortunately, Octa has taken the time to release a series of videos on YouTube that show, in detail, how to use the MonkeyTail for various positions.

When completely unrolled, the tail measures about three feet long, which gives quite a bit of room to work with. It has a soft-touch rubber coating that not only feels nice, but also looks great (it has a nice matte look). It's extremely easy to bend into position, but has enough resistance so it stays in place without losing its hold. One thing to be aware of with both the WhaleTail and MonkeyTail are the internal components – they're not just make of some sort of flexible wire/pipe that will bend and break over time, these are both created using advanced interlocking pieces that are made to last with proper care. In other words, don't expect to twist them 360 degrees or bend them in half without some sort of repercussions.

The primary downside that I've found with the MonkeyTail is its size/weight (at 1.5 lbs., it's much heavier than one would expect it to be) for portability purposes. It's slightly awkward in most bags, especially with the vacuum dock attached. For use around the house or in the car, however, it's fine.

Past that caveat, the MonkeyTail is a highly useful stand/mount. The number of places in which it can practically be used is vast – from the car to the couch, bed, and desk, the MonkeyTail can make good use of them all (and them some). The $99 price for the entire kit (which includes the vacuum dock) is a bit on the pricey side, but its usefulness makes the price easily justifiable for anyone who has found themselves wishing for a way to prop their tablet up in various settings. 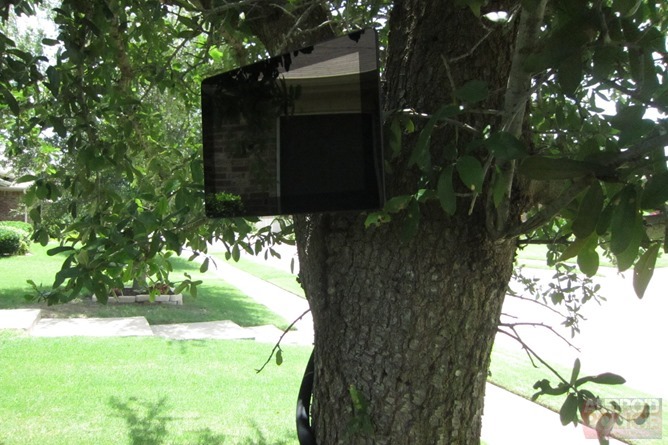 The WhaleTail and MonkeyTail both fulfill their intended purpose better than almost any comparable product that I've used. I expected the MonkeyTail to be a flop, and not work as advertised. I was pleasantly surprised with how wrong I was, and how well the Tail works after learning a few key techniques. If you're willing to put in a little time to learn how the product works and best practices for keeping both it and your device safe and secure, it's a knockout product. On the other hand, if you want to take it out of the box and "figure it out," you're probably in for a somewhat frustrating experience. The guides are out there, so there's really no reason not to give them at least a quick once over.

At $50 and $100 respectively, both the WhaleKit and MonkeyKit are a bit on the pricey side, especially if you just want a quick and easy to prop your tablet up (in fact, a simple stand could do the job of the former, and at a fraction of the cost). If versatility is what you're after, though, you'll be hard pressed to find a more impressive combo.

[New App] Scatter, From Developer Of AIDE, Automatically Syncs Data Between Your PC And Android ...

[New App] Where'd Ya Get Those Peepers? EyeVerify Eyeprint Beta Scans Veins In Your Eye To ...