Most people make do with a PIN or pattern lock to secure their Android devices. If you need something a little stronger (or just want to feel like Ethan Hunt) EyeVerify has just released the beta version of an app that uses honest-to-goodness eye scans. Eyeprint takes a photo of your face, then matches the pattern of blood vessels on your eyeballs to a previous photo to access locked apps. The beta is extremely limited - none of my devices are showing compatible on the Play Store. The listing specifically mentions the Galaxy S III, Note II, and HTC One. 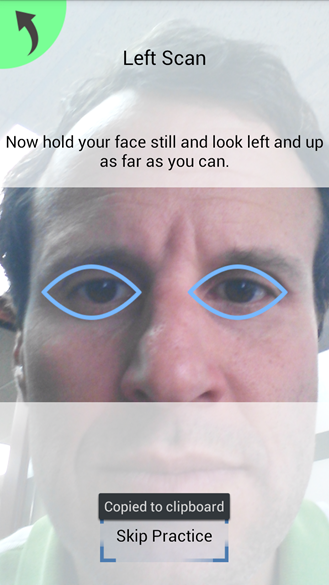 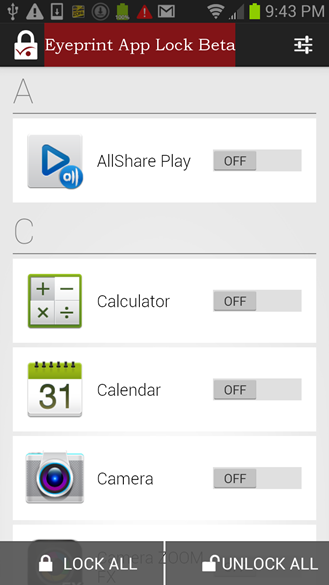 Technically, Eyeprint isn't using the classic retina scan to grant access - that would require a small amount of infrared light to illuminate the membrane at the back of the eye. It uses the same principle of amazingly unique vein patterns, but it picks them up from the corners of your eyes. Users need a front-facing camera of at lest 2 megapixels. To create the baseline, you'll have to follow the instructions while using the rear camera, looking to the far left and right to let the camera pick up the veins on your eyes. After that, a quick scan of your eyes looking left and right from the front-facing cam should do the trick. 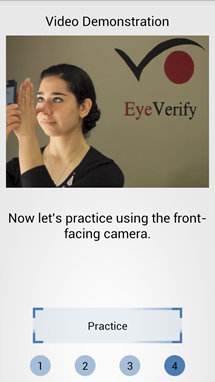 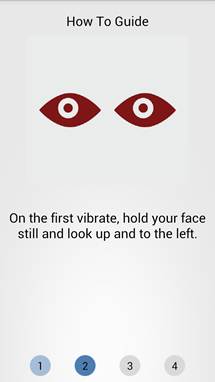 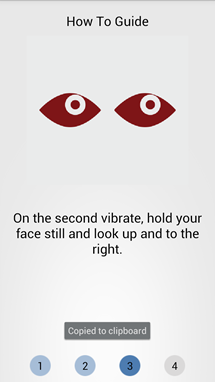 EyeVerify hopes to expand its services to other developers on Android and iOS through an SDK. At present, the app can only lock other apps - you can't actually unlock your phone with an eye scan. (There's a quick "lock all" option for the truly paranoid.) Early feedback from the Play Store indicates that it's very efficacious, so hopefully more devices will be enables as the beta program continues. The Eyeprint App Lock Beta is free to try for 30 days.

Vine Gets 'Clear Cache' Option And More In Sizeable Update To 1.1