Carrying your mobile devices around with you is kind of what they're for, but that might mean venturing far from a power outlet. If you run out of juice, then what? Disaster. You'd probably end up devoured by wolves, or something. Lucky for you there are some killer deals on Powerbag messenger bags today.

Update: Looks like the Vau.lt deal is sold out, folks. 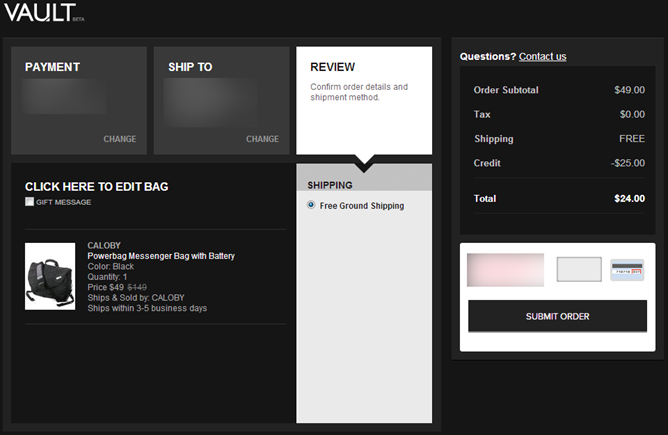 The 3000mAh Powerbag is on sale at Vau.lt, which previously had the backpack version for cheap. It's $49 for existing members, but if you make a new account by following this referral link, you get a $25 credit. That brings the bag down to $24. If you just sign up for a new account on your own, Vau.lt gives you a $15 credit. This bag sells for $70 elsewhere online.

If that's not enough power for you, the 6000mAh version of that product is on Amazon as the deal of the day. This one's $49.99, no discount code required. It usually sells on Amazon for $112.55, which makes this a great deal. Here are the points of interest for the 6000mAh bag, which should be the same for the smaller one other than capacity:

If you want the Amazon deal, you'll have to act today. Vault is going to keep selling until they're gone.

Ever Wish You Could Dim Your Screen Below "0% Brightness" Sometimes? There's An App For ...