Dual OS devices featuring Windows 8 and Android are nothing new (if anything, they're becoming more and more common), and Samsung decided it was time to throw its name into the we can do two things at once arena with the just-announce Ativ Q. At its core, the Ativ Q is a 13.3-inch laptop/tablet hybrid, but the real allure here is its insane 275PPI display that runs at a massive 3200x1800 resolution. 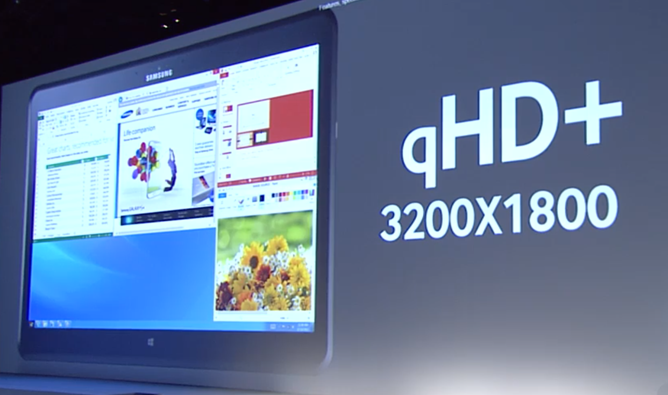 The Q is running on Intel's latest Haswell processor line, though it wasn't clear exactly which model is powering the device. It also packs an S-Pen, and – get this – will allow users to pin Android apps to the Windows 8 desktop. It's unclear if the unit is running some sort of virtualized Android environment (versus a local build, like with ASUS' Transformer Book Trio), though it's probably safe to assume that's the case.

Update: More specs are now available. Here's what the Q is packing: 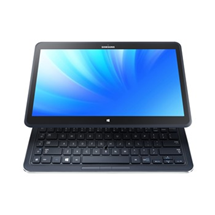 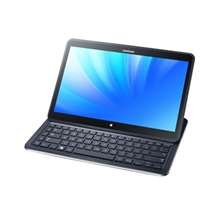 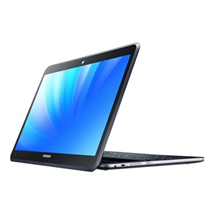 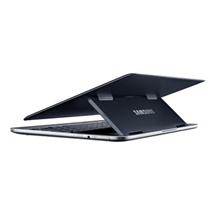 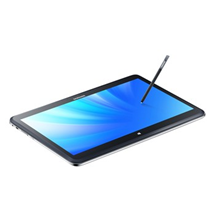 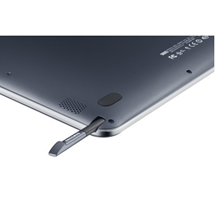 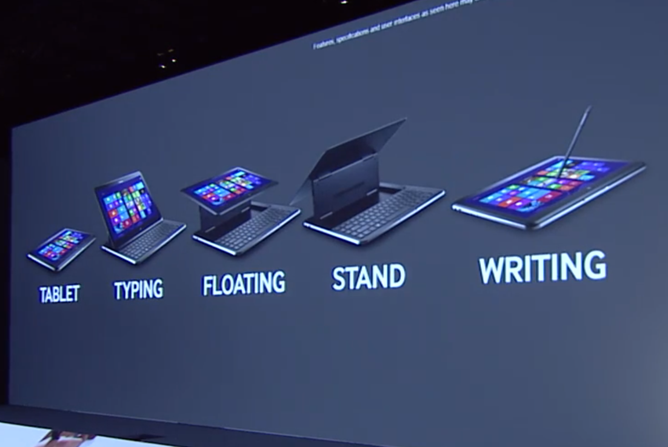 Past that, details were scant, but don't expect this to function as a "real" laptop – it's more of a glorified dual OS tablet with a pop out display and keyboard dock of sorts. Naturally, pricing and availability weren't announced, but we'll be sure to let you know as more details emerge.