It took Google how many years to start selling Google Play gift cards? When you look at it that way, it's not so bad gift cards are just now being expanded to Germany and France. Previously, the only supported regions were the USA and UK. 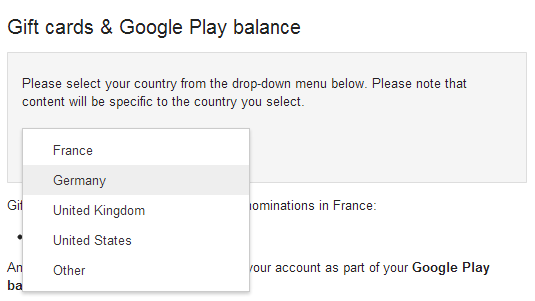 Both new countries will have cards in €5, €25, and €50 denominations. The process to redeem cards is the same as it is in the US and UK – just go to play.google.com/redeem and put in the code. This expansion also lets folks in those countries add Google Play credit to their accounts from the Play Store. The account limit remains at 2000 of whatever money you use.

So that's four countries down. That's pretty much everyone, right?