Before Google and Mozilla got around to releasing mobile versions of their browsers for Android, Dolphin was king. Even despite the competition, the browser has surpassed 80 million users since its 2010 debut to maintain its position as the most popular third-party mobile browser. It has now made the jump to version 10, and this substantial upgrade brings with it a whole host of new features.

Dolphin is still as recognizable as ever for anyone who has used the browser in the past, but it's interface has been cleaned up to be more touch and gesture friendly. And since flat is all the rage these days, UI elements have been flattened on largely every screen. Pressing the menu button not only displays a list of options, it triggers a mini-navigation bar at the bottom to assist with moving around on devices with larger screens. 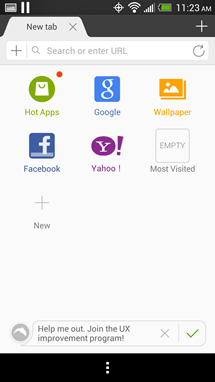 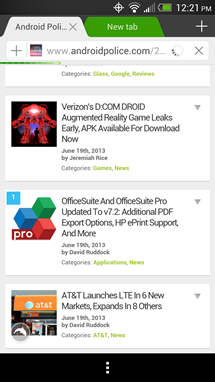 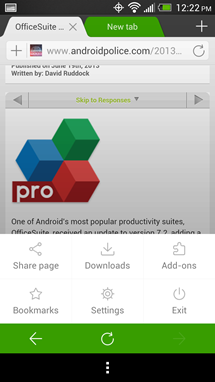 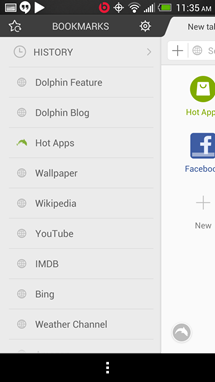 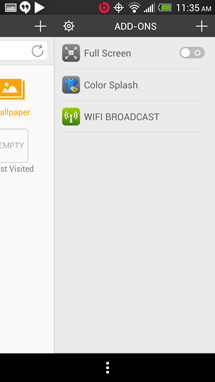 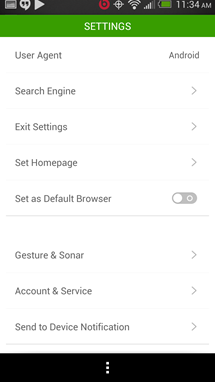 And that dolphin button hovering around at the bottom of the screen? It provides single swipe access to the browser menu, the tab list, and gestures. Just tap it and swipe in the direction of the options that appear. 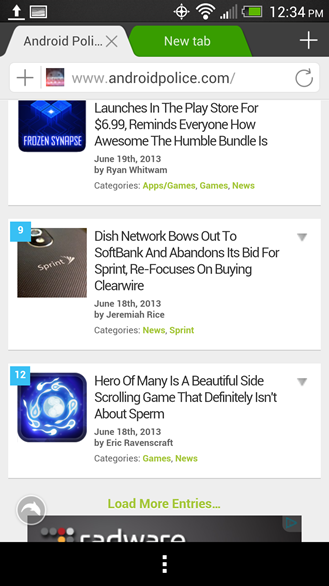 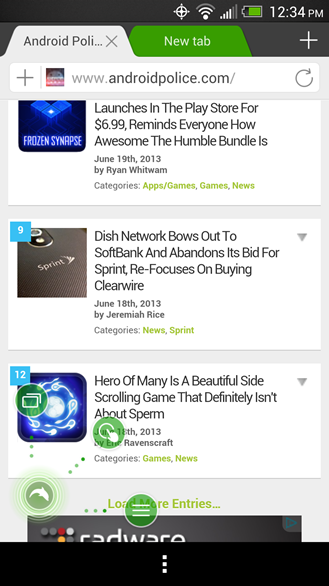 The new web app store makes it quick and painless to add popular websites to Dolphin's home screen. Tapping the New button launches the store, which is different from the app store that's pinned as "Hot Apps" by default. Think of the latter as Google Play and the former as the Chrome Web Store. The web app store contains over 200 HTML5 apps that further reduce the need for bookmarks. These shortcuts can then be dragged and dropped into folders, and over 60 slots are available. 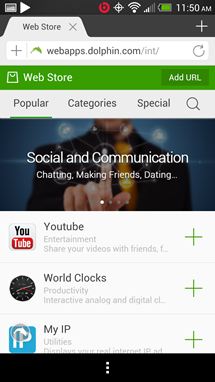 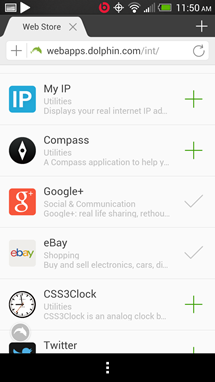 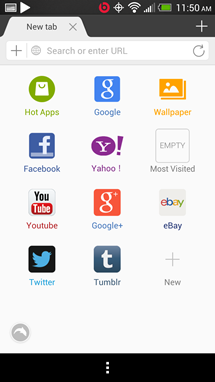 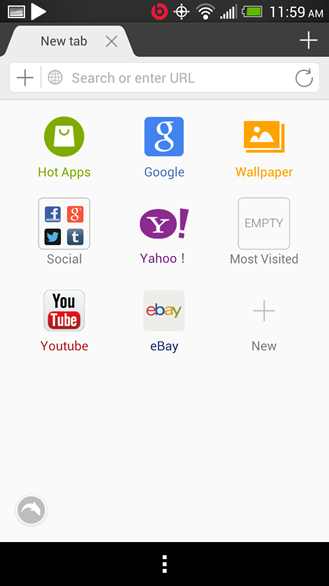 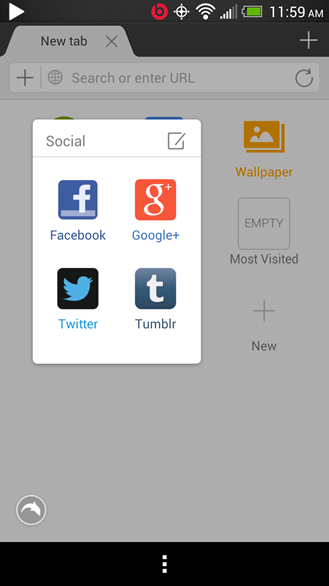 As another perk, the home screen now tracks your most visited websites. These are kept inside a folder adjacent to all of your other web apps. 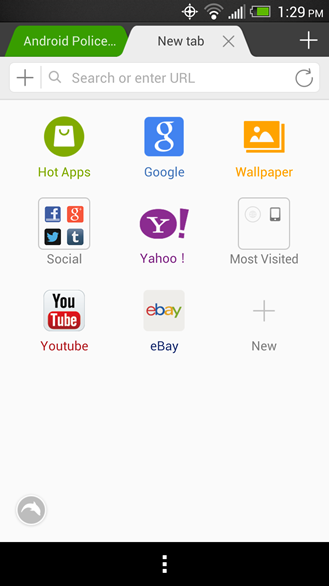 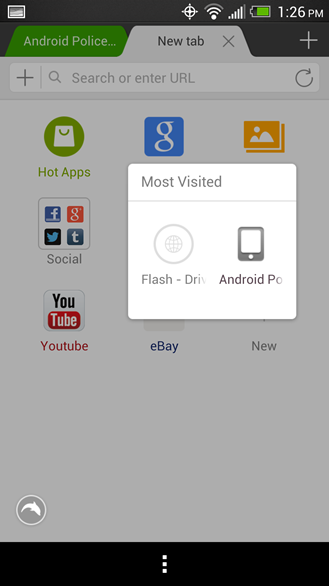 Dolphin version 10 puts multiple search options right at your fingertips. Just start searching for anything and notice the icons that appear just above the keyboard. These provide quick access to Amazon, YouTube, Wikipedia, eBay, and Twitter. Facebook can be added via the settings menu. 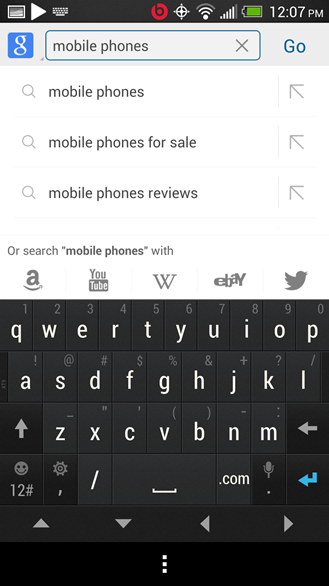 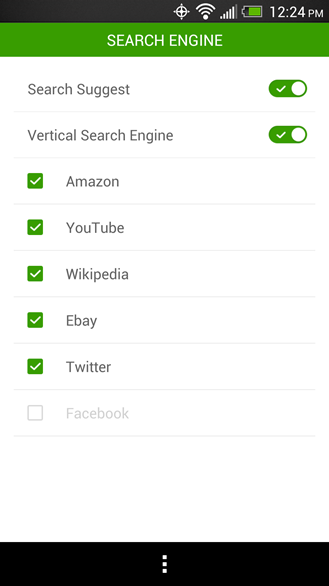 The default search provider can also be changed by tapping on the Google icon and selecting one of the available alternatives. 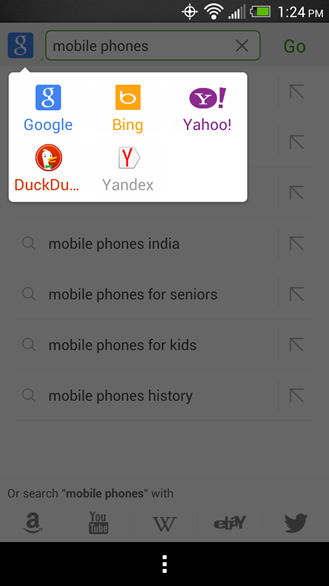 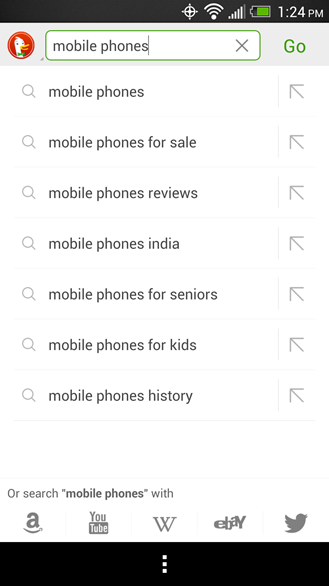 Flash can be toggled on and off in the app's settings menu, but it still requires the Adobe Flash apk to already be installed on your device to run. Likewise, the browser continues to support themes, and updated versions can be found in the Play Store. They are accessible from inside Dolphin and change the browser's appearance as soon as they are launched. 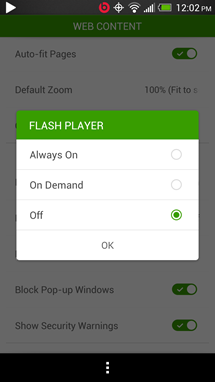 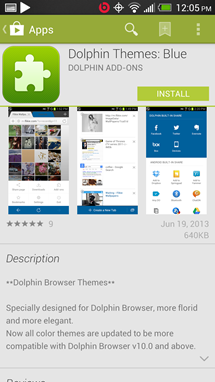 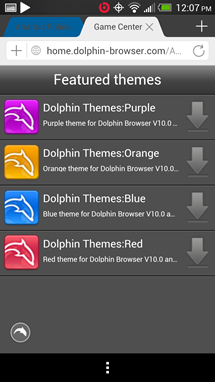 Other companies may take their mobile offerings seriously, but for MoboTap, this is their bread and butter. They continue to cram new care and functionality into each update, giving users ample reason to stick around. Dolphin isn't a dumbed down version of a desktop browser, it's an experience that can only be had on mobile, and version 10 makes it all the richer.

It's just a shame that menu button is plastered at the bottom of every screen on my HTC One. For a nitpicker like me, that's a deal breaker. Rockmelt Launches Official Android App, Allows You To Browse Stuff On The Internet And Things