In the last few years, wireless speakers have exploded onto the scene with prices ranging from sub-$100 utility speakers up to a few thousand dollars for large home theater packages. A fairly new competitor, Wren, is trying to place itself in the ever more lucrative high-end bookshelf market. With a lineup of 3 wireless speakers priced at $399 each, the company is trying to take some attention away from the current leader, Sonos. Having spent a bit of time with the V5PF, the model intended for use with Android devices, I'm definitely impressed with the quality and looks, but the control app turned out to be a disappointment in an otherwise fantastic package. 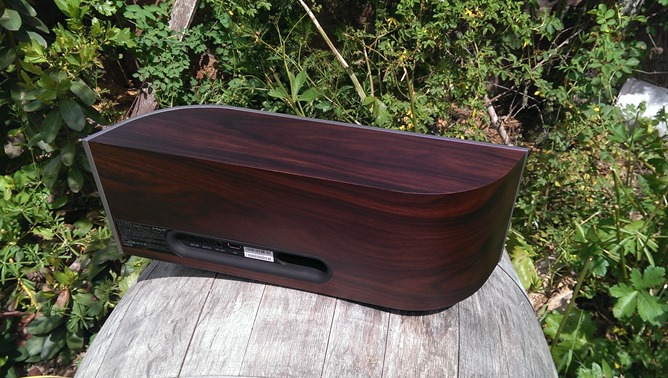 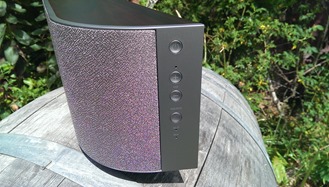 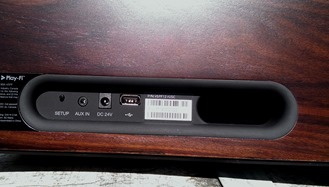 When it comes right down to it, the hardware absolutely epitomizes premium quality. For $400, you're getting a great looking cabinet, a solid build, and amazing sound. You can really tell this is a product that went through rigorous quality control at every level to ensure nothing was overlooked. The small, fine-tuned attention to detail is the reason people might buy a BMW instead of a Honda, and exactly what Wren is trying to accomplish here. The silver-meets-rosewood pairing looks much better in person than pictures can do justice for. There is also an option for a lighter bamboo cabinet, in case a lighter wood fits your style. All of the buttons have a firm clicking action and nothing about the build is loose or cheap.

I really got the feeling that room placement was taken seriously during the design process. The Wren may be fairly wide, but it stands about as tall and as deep as a Blu-ray case, so it will fit comfortably on almost any bookshelf and even movie racks. A 10-foot power cord should be long enough for most people, but the power supply brick is situated almost dead-center, which may be an inconvenience if the speaker is placed on a tall shelf. A moderately grippy rubber base will help to ensure that the speaker doesn't take a tumble, even if left on a mild incline.

Sound quality is where Wren really excels. The company's founder spent over two decades at Harmon International (parent company to brands like Harmon Kardon, JBL and Infinity), and he clearly brought quite a bit of engineering talent with him. Every note that comes through is clean and detailed, easily pushing the boundaries between recorded audio and real life sound. I've heard Amy Lee (Evanescence) perform in a small room, and the Wren is the only speaker I've spent time with that could suitably reproduce that voice.

The Wren does pretty well at near whisper-quiet levels, not suffering from the drop-out effect that makes most other mid-size speakers difficult to listen to at low volume. However, this single speaker ramps up really quickly, and it fills a room without breaking a sweat. I didn't even push it to the maximum, but it could be heard clearly at the opposite end of my house. I was truly surprised that the quality is pristine and distortion-free regardless of volume.

There is one catch with a system like this, Bass is the one weak point to any single-part system in this size category. A harsh reality is that it just doesn't have a large enough chamber to produce earth-rattling vibrations. It's not bad by any stretch of the imagination, but music genres that reach for the really deep low-end are going to be left sounding muffled or weak. Unfortunately, this is made more significant due to the control app, which lacks any kind of equalizer. Once I had a physical wire attached, even with a completely leveled equalizer profile, lows came through with noticeably more depth. 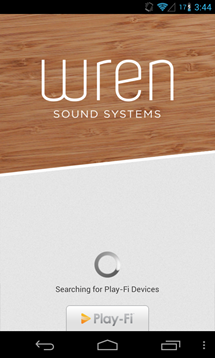 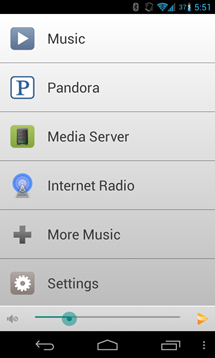 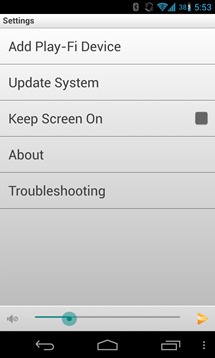 Ok, this part is going to get a bit ugly, so let me start with a disclaimer. The speaker can be used with a standard 3.5mm audio cable, and for that reason the app is not absolutely critical to the overall package. However, the expectation for any premium product is that everything in that package should meet a certain standard. This is an Android site, and it's sort of in our nature to look closer at the software. The hardware certainly lives up to its claims, but the control app falls several steps short.

Make no mistake, the app works, but there are quite a few bugs, oversights, missing features, and just an overall lack of polish. The initial setup screens work just fine and are simple enough to follow, even if a bit unremarkable. Unfortunately, my complaints quickly mounted with almost everything else. Since the headlining feature is streaming music directly from your device, I'll hit that first and talk about internet-based streaming options in a bit. 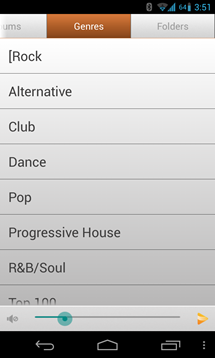 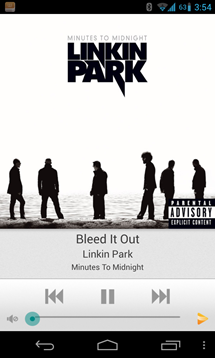 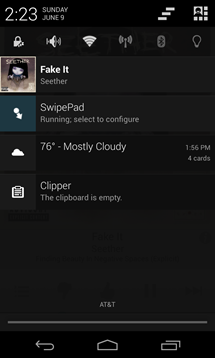 To begin with, the navigation and appearance are incredibly dated, locked into styles that were left behind with Froyo and Gingerbread. Everybody knows that several apps handle the back stack poorly, but this one opts not to manage it at all, just piling up screens indefinitely. It's easily possible to find yourself unwinding through the same 2-3 screens for far too long. Another old design trait is visible in the size of fonts and list items. Large touch targets make plenty of sense for a music app, especially when users are a bit more likely to fat finger controls. Unfortunately, the interface tends to eschew detailed track information for large spans of white space. Needless to say, there are no visible signs of an influence by the Android Design Guidelines like an action bar or newer navigation paradigms. In many ways, the graphics combined with the layout and design remind me of apps built by iPhone developers around 2009 when many were attempting to cross over to Android.

Sadly, the app lacks many of the operating system hooks that we've been spoiled by, including some that even predate Android 4.0. Topping the list, there are no lock screen controls. This was a common feature among music players back in 2010, so it's disappointing to see it missing now. There is a persistent item in the notification shade that shows the current track, but it also lacks any kind of control buttons. All of this adds up to having absolutely no way to manage playback through any interface other than the main app. If you're using a phone without a dedicated multi-tasking button, this will probably become frustrating.

Even music playback is sprinkled with its share of problems. Again, I'll start with a jaw-dropping oversight: there is no support for playlists. I'll let that sink in.... No playlists? I can admit that playlist management is annoying and nobody likes to do it, but there is no reason it should be left out entirely. There is a shuffle function, but otherwise, songs just play in alphabetical (or numerical) order from a single folder. I must also reiterate, there is no equalizer control and the default profile is tuned to cut off the low end. Most music sounds great because of the speaker, but I want more control.

I also stumbled onto a bug that won't affect people very often, but it sure stood out while I was testing. While transferring a song to my device via Bluetooth, the app and music stream died. With the June 6 update, the main app now remains operational, but the background service responsible for streaming music crashes briefly and automatically restarts. This leads to a few seconds of silence before the current song restarts, and a few seconds later jumps to the position the track was at before the crash. This is probably a side effect of a file-system watcher that doesn't know what to do with corrupt or incomplete files, but it was both repeatable and consistent. Fortunately, most people will only stumble onto this infrequently, and I expect it to be fixed eventually. 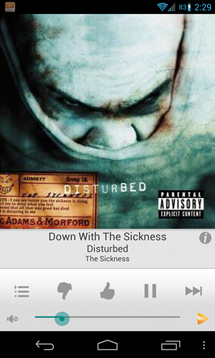 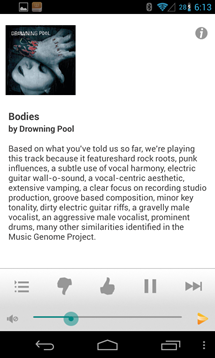 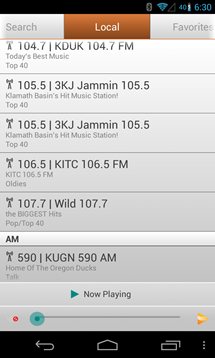 Fortunately, direct device-to-speaker streaming isn't the only option; it is possible to direct the Wren to internet radio stations, a local media server, and Pandora (plus KKBOX and QQMusic, two Asia-specific services). All of these options actually work pretty seamlessly. Pandora integration supports the thumbs up/down mechanism and sounds almost as good as tracks streamed from your device. The internet radio option includes an obscene number of radio stations, both national and local, and also plays at pretty high quality. As a bonus, once these sources are playing, there is little reason to do anything with the app. Even though Wren doesn't feature Pandora or internet radio, it should, because the overall experience is considerably better than streaming songs from a device. And, before anybody asks, there is no way to hook directly to other sources like Google Music, but you can always fall back to an audio cable for things like that.

I'm really torn on the Wren. It is such a great product, but it is held back by two substantial cons. On the one hand, this speaker looks wonderful and sounds better than almost anything in the consumer market. On the other hand, the software really diminishes the overall experience, and the price makes it difficult to overlook that flaw. If your plan is to connect an audio cable or rely heavily on internet-based streaming, the Wren will perform quite admirably. If you're looking to use the headlining feature, direct streaming from a device, you will probably yearn for a total rewrite of the app. Frankly, every meaningful problem is based in software, so one fairly major update could fix all of these complaints. I'm just not sure when or if that update is coming. If you are contemplating a Wren for yourself, but the app is a sticking point, I recommend keeping an eye on the Play Store for updates.