The Galaxy S4 is a great device, but it's not for everyone. Some people, frankly, don't need that much phone. The Stellar is one of more affordable devices under the Galaxy brand, and users on Verizon's network will soon see another update roll out to their devices. 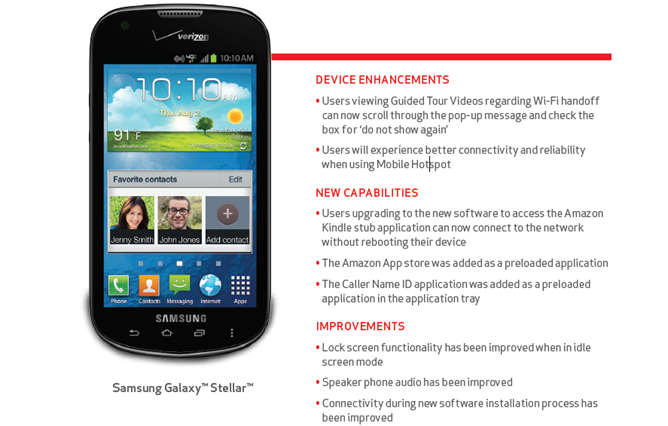 The Galaxy Stellar has already made the jump up to Jelly Bean, so this update is relatively mundane by comparison. Still, Verizon advertises a host of other niceties, such as improved hotspot connectivity and better speaker phone audio. Other "new capabilities," such as the inclusion of the Amazon App store as a preloaded application, qualify as bloatware. The only thing worse than having an unwanted app ship on a new device is having an unwanted app forcibly installed months later.

Verizon hasn't unveiled when the update will start rolling out, but it will be 80.3 MB when it does.

Yandex Launches Its Own Browser Predictably Called Yandex.Browser, Caters To Large Screens With ...

Humble Bundle With Android 6 Is Here With 7 Games, 5 Android Debuts Including Aquaria, Frozen ...