There's a lot of speculation floating around right now about the "reactivation" of the DROID Landing Twitter account, which is typically used by Verizon to tease new DROID phones. Unfortunately, we're going to have to deflate some of that speculation. Here are the tweets from the account this afternoon:

These messages seem basically without meaning taken by themselves, but there's more here than meets the eye. At CTIA 2013 a few weeks ago, Verizon gave us a demo of an upcoming game called DROID Combat. This Verizon-branded title will heavily incorporate augmented reality (re: second tweet), and is launching this month, according to the video below.

It's kind of a gesture-based 1-on-1 PvP game with giant robots and AR integration (to find new opponents). It's going to be free to play, and it's actually sort of fun. We'll let you know when it comes out. But speculation around a new "DROID" phone as the reason for the activity on @DroidLanding seems a bit moot - it's all too likely this is just a promo for the game. Want a bit more evidence? The first outlet to report on the account's sudden activity was Droid-Life, whose founder's online name is also that of one of the robots in the trailer I showed you above. 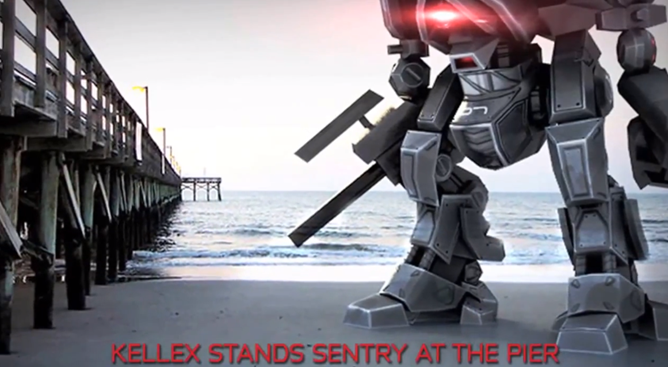 Kellex, if it's not clear.

So, it seems like Verizon's just running a clever little marketing campaign for its upcoming game. Either that, or there are a whole lot of coincidences going on here.