Sony's current flagship might not have the same stellar specs as the competition, but the Xperia Z has a few tricks up its sleeve. This device is slim, water and dust-resistant, and heading to T-Mobile USA later this summer. 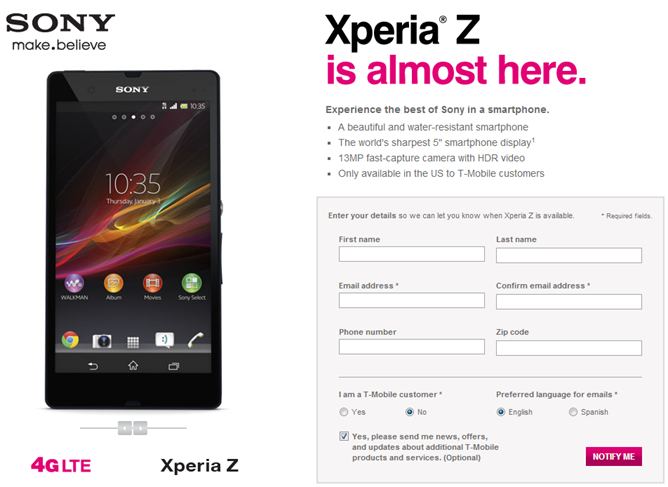 This is the standard Xperia Z, not the slightly watered down ZL that launched a while back. This device has a 1.5GHz quad-core Snapdragon S4 Pro, 13MP camera, 2GB of RAM, a 5-inch 1080p screen, and LTE (if you live in one of T-Mobile's few LTE markets).

This is technically an exclusive for T-Mobile, as no other carriers will be selling the device directly. It might have been more impressive if the international device wasn't announced months ago, but it's still coming to T-Mobile later this summer. Exact date and pricing are still unknown.