Hero of Many is a side-scrolling game featuring that silhouette style that so many indie games love these days. You play as a glowing nucleus of energy, leading a "swarm of water beings" around, fighting bad, black water thingies. They are definitely not sperm cells. 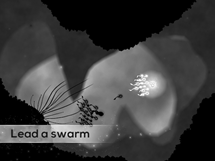 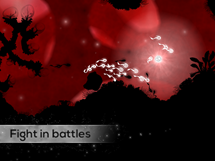 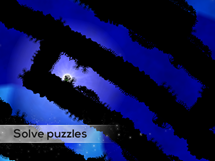 The game is played with no words, which is not a romantic metaphor. Your nucleus collects new pieces and expands, which is not a visual representation of a growth cycle. Your white minions with swollen heads and wiggly tails fight for survival as they surround the nucleus which is not an allegory for conception. You travel down a series of dark corridors which is not...actually, I'm going to leave that one alone.

Jokes aside, Hero of Many is actually pretty fun. It creates a nice atmosphere and is able to draw you in with a captivating environment. It slowly builds excitement as you progress through the early stages, until eventually it puts on some Barry White and I'm sorry! Really, this game is fun and I'm 12 years old. It's $2 in the Play Store. Go try it. 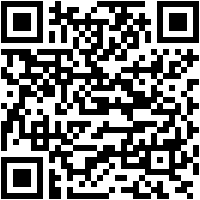 Dish Network Bows Out To SoftBank And Abandons Its Bid For Sprint, Re-Focuses On Buying Clearwire