Google has been adding a lot of new features and design tweaks to the G+ app as of late, and today an update will be rolling out that puts focus on the way it handles notifications service-wide. Post-update, when you dismiss a notification – which also happens to have a new bell icon – on one platform, it will dismiss said notification globally, regardless of whether the action is performed on mobile or the web. Unread notifications will also be separated from those that have already been read moving forward. 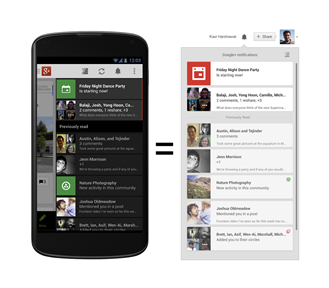 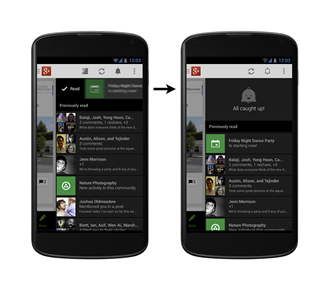 That aside, the Android app is also getting a few key new features:

That last point is going to be a big one for many people – G+ is finally getting the new navigation drawer that has already showed up in Music, Magazines, GMail, and several other Google apps.

Updates to both the Android and web apps are rolling out gradually starting today, with iOS support coming later.

[Update] Here is the APK you can install manually if you don't want to wait (thanks, Ilya!):