For consumers, NFC is an extremely useful tool for making like easier. It can be used for everything from simple task automation to quick Bluetooth pairing and tap-to-pay transactions. For developers, it can be a way to bring new life to an application, create something different, or just simplify an existing offering. Of course, in order to incorporate any newly adopted technology into an application, the developer has to learn the ins and outs, as well as any limitations that could cause issues. 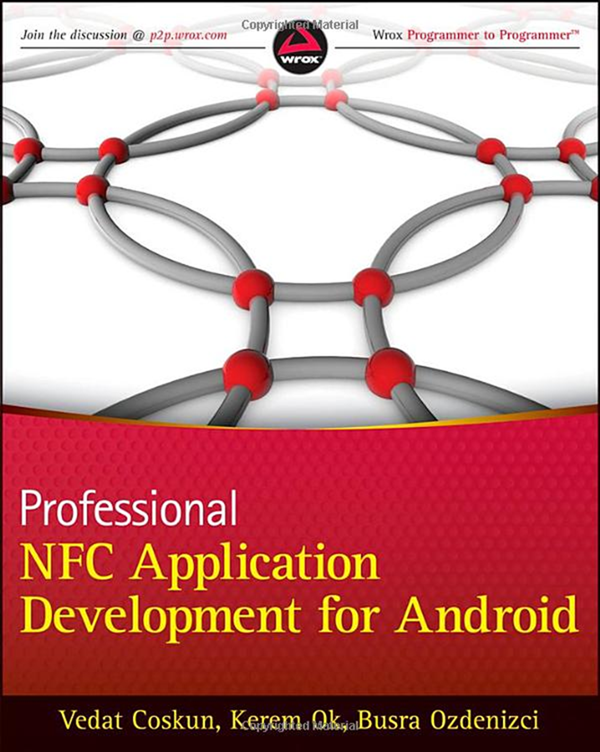 If you're one such dev looking to learn how to use NFC in your app, we've teamed up with Wrox to offer 10 copies of Professional NFC Application Development for Android. This book is designed for the experienced Android programmer who's looking to learn more about NFC, and has been described as "one of the first practical guides for developing NFC Apps for Android." In other words, if you have an app and want to see what NFC's all about, this book's for you.

There has been little practical guidance available on NFC programming, until now. If you're a programmer or developer, get this unique and detailed book and start creating apps for this exciting technology. NFC enables contactless mobile communication between two NFC-compatible devices. It's what allows customers to pay for purchases by swiping their smartphones with Google Wallet, for example. This book shows you how to develop NFC applications for Android, for all NFC operating modes: reader/writer, peer-to-peer, and card emulation.

The book starts with the basics of NFC technology, an overview of the Android OS, and what you need to know about the SDK tools. It then walks you through all aspects of NFC app development, including SE programming. You'll find all you need to create an app, including functioning, downloadable code and a companion website with additional content. Valuable case studies help you understand each operating mode in clear, practical detail.

Professional NFC Application Development for Android offers the clear, concise advice you need to create great applications for this emerging and exciting technology.

Here's how to throw your name in the hat:

Bam, that's it – answer a question, and you're in the running.

This giveaway begins now and will run for one week, ending on Thursday, June 20th at 12:00 AM (Midnight) PT. After that, 10 winners will be randomly selected and notified.

Awesome: Google To Start Down-Ranking Sites That Won't Serve Smartphones, Or Redirect To ...