This weekend the tech world was abuzz with rumors that Google had purchased Israeli mapping and navigation software maker Waze for a sum of over a billion dollars. Today Google has made it official, thanks to a post on the company blog from the VP of Geo, Brian McClendon. While Google declined to mention exactly how much it spent on Waze, it's a safe bet that it was a lot, since both Apple and Facebook had previously expressed interest. 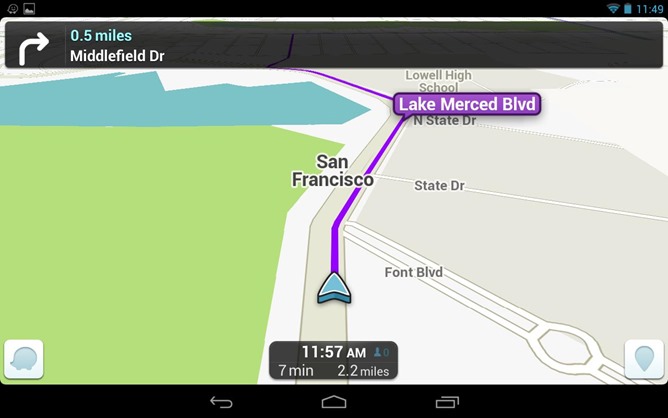 Current Waze users will be glad to know that Google doesn't plan on shutting down the Waze app, at least in the short term:

The Waze product development team will remain in Israel and operate separately for now. We’re excited about the prospect of enhancing Google Maps with some of the traffic update features provided by Waze and enhancing Waze with Google’s search capabilities.

Waze has grown a user base of about 50 million across Android and iOS, spurred on by international maps, live traffic reporting and rerouting, and a unique social approach. Users can dynamically report on the locations of undesirable traffic conditions like congestion, wrecks, or speed traps, or even point out the best place to find cheap gas. It's also got a function that lets you see willing Facebook friends as they're driving.

You can expect to see some of Waze's functionality added to future major revisions of Google Maps and Google Navigation. Congratulations to the Waze team on the acquisition.