Throughout the smartphone's rise to world domination, we've been faced with one serious quandary: where the hell to put the thing when you have no pockets (this is particularly troublesome for the ladies, since guys' pants/shorts basically always have pockets).

But it's not just pocket-less clothes that pose a problem – what if you need to look at your mobile device but can't hold it at the same time? Or where's the best place to put it when you're at the gym? With all the problems in the world today, the last thing anyone needs is to stress over where to put their phone. Thankfully, a recently-funded Kickstarter project called Clipless brings forth a solution to this dilemma. The answer? Magnets. I know, the thought of a magnet on your mobile device is a scary one, but fret not, dear readers – the Clipless guys promise that these particular magnets can't even hurt a credit card, much less a smartphone.

If you watch the above video, you'll see what a neatly designed product Clipless really is. Its modular design allows it to be used basically anywhere – on clothes, on the wall, in the car, and the like. The one downside is that it requires a somewhat large attachment to be affixed to the back of the device. Past that, Clipless appears to be rather unobtrusive.

Since the system is comprised of hooking your phone to things, the guys took its usefulness a step further and added NFC capabilities to the mount, so you can use something like NFC Task Launcher to program various mounts for appropriate actions – like launching Navigation automatically when you get in the car, for example. Rad. 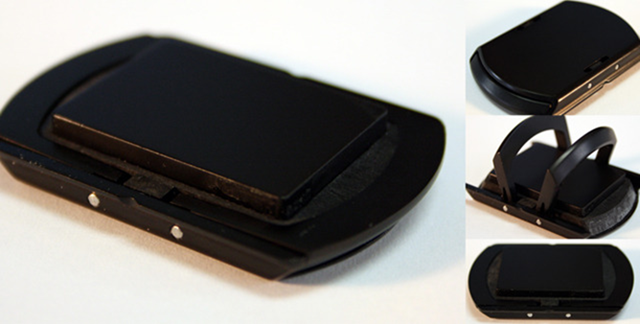 The project just passed its $25k goal today, but there are still 24 days remaining in the campaign if you'd like to get in on the action before it's released to the public.

PoweredbyGen Finally Launches Andru EU And UK Power Adapters Along With Coiled Cables And A ...