You can't buy a rainbow, no matter how many Pink Floyd albums you listen to, but today you can buy a set of Androids in rainbow colors. Dead Zebra, purveyors of dozens of vinyl Android figurines over the last few years, has put together its biggest set yet: 10 translucent Androids in a full color spectrum. They go on sale for $69 in the Dead Zebra online store today, at 11 AM Eastern Daylight Time. (The set will also be available at independent specialty shops in some major cities.) Gentlemen, start your bowsers: these will go fast. 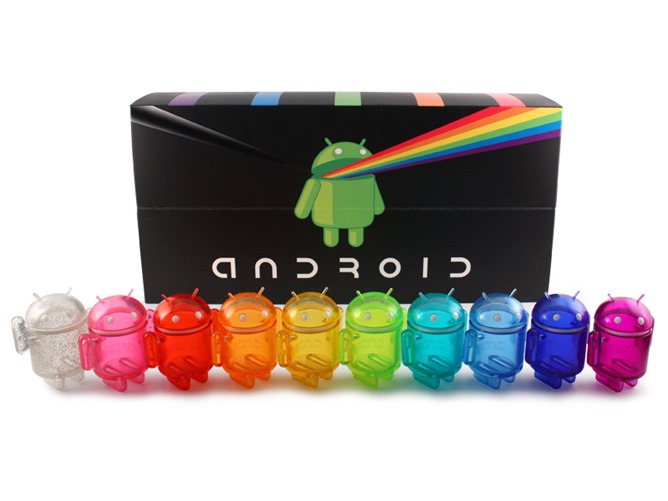 The figurines run the spectrum from sparkly clear all the way through deep violet. With a little elbow grease, you can pop the heads off and use them for color-coordinated geeky display and storage - used SIM cards, tabletop RPG die sets, jelly beans, whatever. If you're more of a mint condition type, the box that they come in doubles as a protective display stand, flipping back on itself with a magnetic clasp to show your chromatic abundance. The back (or "dark side") of the case also bears more than a passing resemblance to a certain album cover. 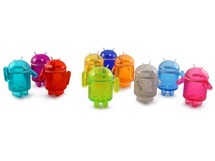 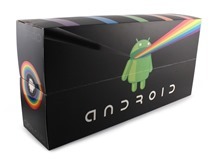 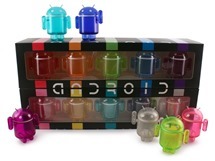 This is easily the biggest, coolest set released in Andrew Bell's Android series thus far - and at $7 a pop, also the cheapest by unit price. Dead Zebra isn't saying how many of the rainbow sets they're offering, but if you want one, I'd recommend getting your order in as soon as possible. 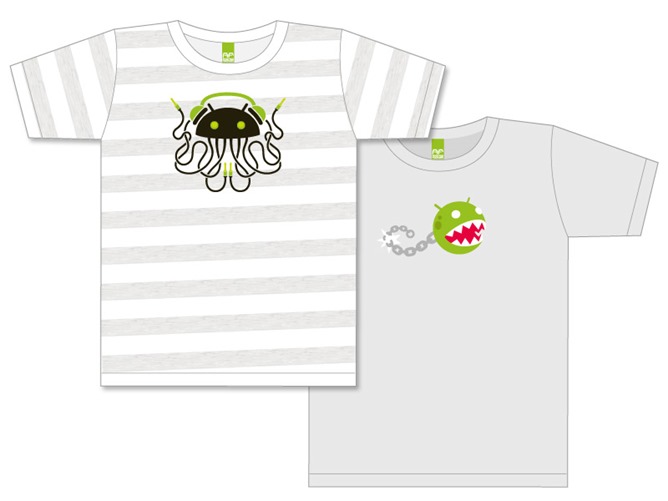 Also on sale today are two new Android shirts: one looks like DJ Cthulhu, and the other is a not-so-subtle riff on the Chain Chomp from various Mario games. Both can be found in the Apparel section of the Dead Zebra store. Don't be caught at your local user group without one.

PoweredbyGen Finally Launches Andru EU And UK Power Adapters Along With Coiled Cables And A ...