Months after its flighty sibling, the Galaxy S II Skyrocket, received an update to Android 4.1.2, it seems that the vanilla GS2 on AT&T is finally ready for its Jelly Bean bump. Threads on XDA and the official AT&T forums confirm that the update - build number UCMD8 - is now available, just check for an update through Kies. 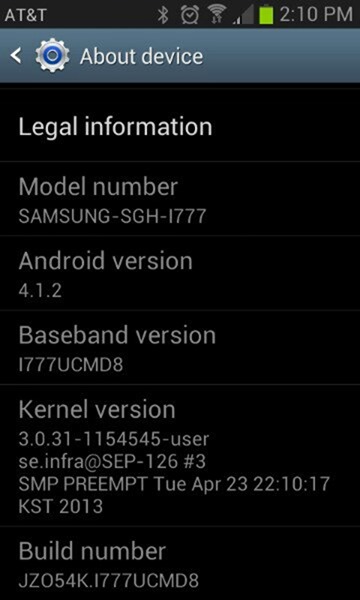 We don't yet have a changelog for the update, but you can assume that for Galaxy S II users, the number of changes coming from the Ice Cream Sandwich TouchWiz builds won't be huge. You will, though, get some of Jelly Bean's useful additions - rich, expandable notifications and Google Now probably being the most noticeable enhancements.

If you still have an AT&T Galaxy S II (hey, it's getting pretty old), fire up Kies and get downloading. When (and if) AT&T officially announces the OTA, which it likely will at some point this week, we'll update this post with any new information.

[Update: Winner!] Win A Free Galaxy S 4 For Your Dad From Samsung And Android Police This ...