If you're in the market for a Cricket Wireless phone, the carrier is offering some downright fantastic deals at the moment. They're offering massive mail-in rebates of $200 off the Galaxy S4, Galaxy S III, and HTC One SV (in addition to their regular web discounts), delivered in the form of a Visa prepaid card. Thanks to a surprisingly low starting price, Samsung's Galaxy S4 is just $329.99 with the rebate - and that's not a contract price. Cricket sells all its phones outright. These deals appear to be valid only for online orders from the Cricket website. 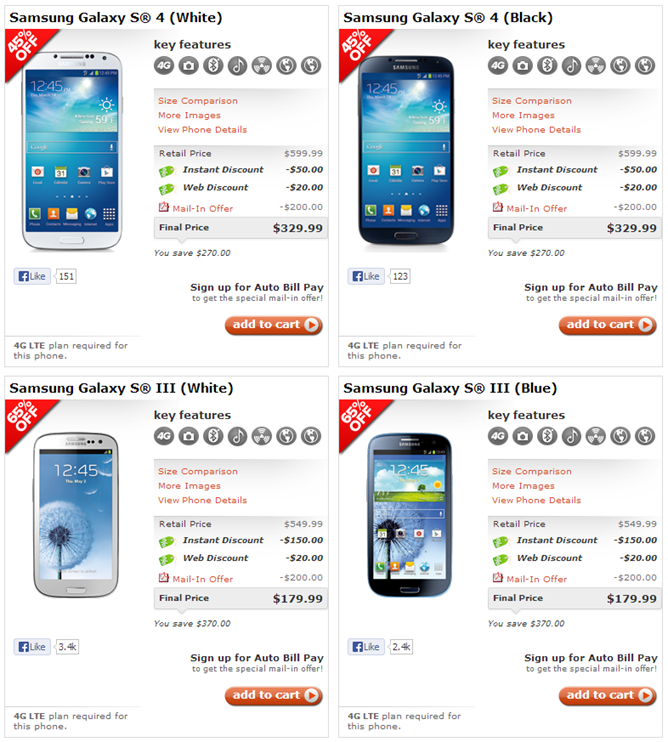 The Galaxy S III is going for just $179.99 after the rebate, and the HTC One SV is $79.99, both good deals for phones that are still perfectly capable. The rebate page is here - note that unlike the deal on the iPhone 5 (which is also pretty great), this rebate cannot be combined with the older $55 off rebate for the Galaxy S4. 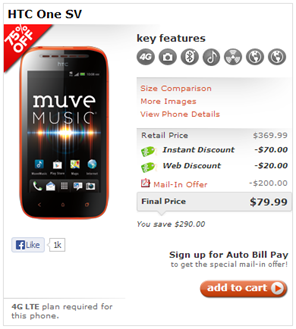 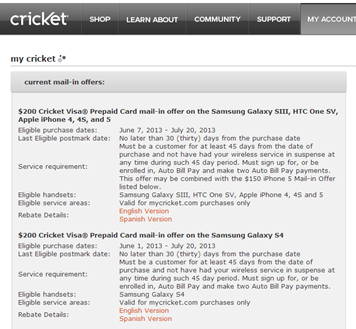 The current promotion runs from now through July 20th. In order to take advantage of it, you'll need to mail in the rebate no later than 30 days after your date of purchase, and keep an active Cricket account for at least 45 days after purchase. You'll also have to sign up for automatic bill payment, and make at least two payments via this method. Assuming that you're a current or prospective Cricket user, that's still a pretty awesome deal.

Just in case the rebates decide to go on a summer vacation, we've mirrored them for your use:

Update: According to a Cricket Wireless employee who chirped up on our Google+ page, some customers have to wait months for the mail-in rebates to go through. Considering some of the shady things that go on deep in the bowels of MIR contract companies, we don't doubt his word. Just something to consider.