Welcome to the latest entry in our Bonus Round series, wherein we tell you all about the new Android games of the day that we couldn't get to during our regular news rounds. Consider this a quick update for the dedicated gamers who can't wait for our bi-weekly roundups, and don't want to wade through a whole day's worth of news just to get their pixelated fix. Today we've got an interesting point-and-click adventure, a dual-stick MOBA game, a couple of puzzlers, and a free version of a AAA racer. Without further ado:

Android is collecting a downright plethora of awesome point-and-click adventure games. The original City of Secrets was well-received thanks to a classic anthropomorphic story and beautiful hand-drawn visuals. The first episode of the sequel looks to build on the underground premise, with a pirate nemesis (with more than a passing resemblance to Cthulhu) who threatens the fair and rather moist underground city.

City of Secrets 2: Episode 1 is the sequel to the original game, appreciated worldwide by gamers and reviewers, the game that successfully refreshed the classic adventure game genre, conveying it to the touchscreen devices. Simple, intuitive controls, designed for touchscreen devices. Carefully designed, hand-drawn backgrounds. All dialog lines voiced. Two difficulty settings, for both the experienced and beginner players. A challenging adventure enriched by logical challenges. 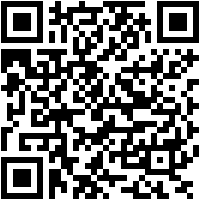 Forsaken Planet is in beta at the moment, but it looks like a promising little multiplayer online battle arena (MOBA) game. You control a tiny little guy in a flying saucer, shooting his fellow employees of an intergalactic fast food chain and picking up their fried chicken. Yup. Be wary of in-app purchases and give the game a try on a guest account first - it looks like they're pushing IAP and advertising hard.

Battle it out to become "Employee of The Month" at the Galaxy's #1 fast food chain, all while collecting as much Chikkin as possible to save your business and...your life! Forsaken Planet is a challenging, cross-platform multiplayer fast-paced action/strategy game catering to gamers of all ages and expertise. Controls are fully customizable and support touch or Bluetooth enabled game controller. With over 100 items available from the in-game store, you can customize your character to fit your gameplay style.

Yes, Slydris is more than a little derivative of that other block puzzle game. But in this one, you slide the existing blocks horizontally to slot them into place, instead of waiting for them to drop. Slide the right block and you can set up some impressive combos (not unlike Tetris Blitz). Infinite, zen, and survival modes flesh out the puzzler, and the graphics are pretty good for such a simple game.

Slydris is a unique and engaging puzzle game with a simple premise but deceptively deep gameplay:

* Slide and drop blocks to create full lines of blocks.
* Create combos of falling blocks and clearing lines to fill up your bomb meter faster.
* Create a row of a single color for a color burster.
* Other special blocks (Shatter, Upcoming, Locked, and Magnet) add gameplay variety and challenge. 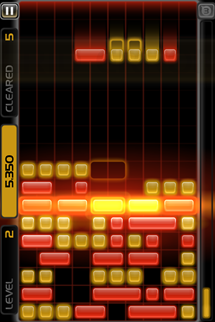 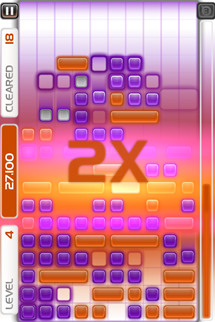 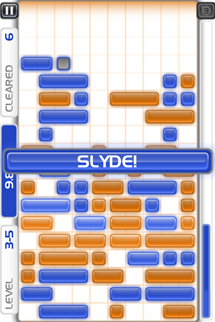 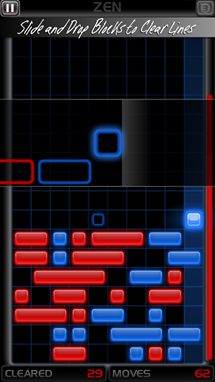 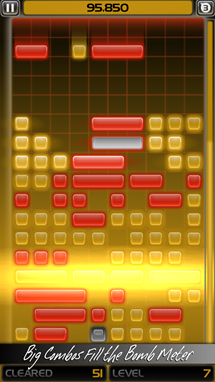 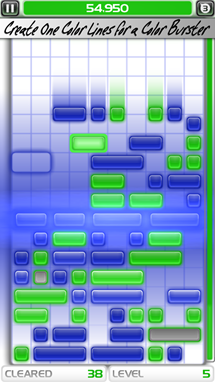 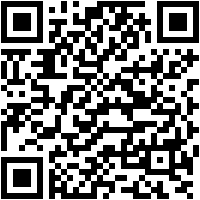 Color Zen is the sort of extremely simple, no-pressure game that's probably getting a lot of play in Colorado and Washington state these days. The rules and play are extremely basic: move the shapes around the playing field to either combine or cancel out colors. The Play Store audience seems to love it - after a few hundred paid downloads, it's sitting on a 4.9 review score.

Color Zen is a new kind of puzzle game. One that invites you to put on your headphones, relax, and find your way through an abstract world of colors and shapes. There is no score. No penalties for failure. Just a simple set of rules, intuitive controls, and satisfying puzzles. Get into the flow with Color Zen. This game has been a labor of love for the team at Large Animal Games. 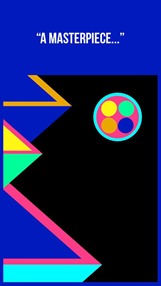 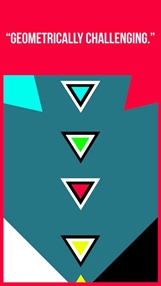 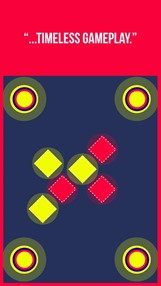 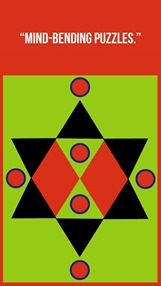 We brought you news of Flashout 3D back in February: a well-intentioned and faithful adaptation of the classic sci-fi racer Wipeout for Android. Now there's a free ad-supported version if you'd like to give it a risk-free try.

FLASHOUT 3D: FREE by Jujubee is the 100% FREE and FULL edition of the best futuristic racer for your mobile device! Get into one of your ultra fast ships and join the competition! Use rockets and guns to fight your way to victory in all events and become the best racer in the whole galaxy! With jaw-dropping graphics, stunning visuals and fast-paced racing action, FLASHOUT 3D: FREE brings a new level of fun to the table!