The folks behind the MOGA wireless gamepads for Android announced today that the next-generation MOGA Power Series controllers will be unveiled at E3 later this month. In addition to an updated physical design, MOGA is talking up its new MOGA Boost system. Boost will recharge your phone while you game. 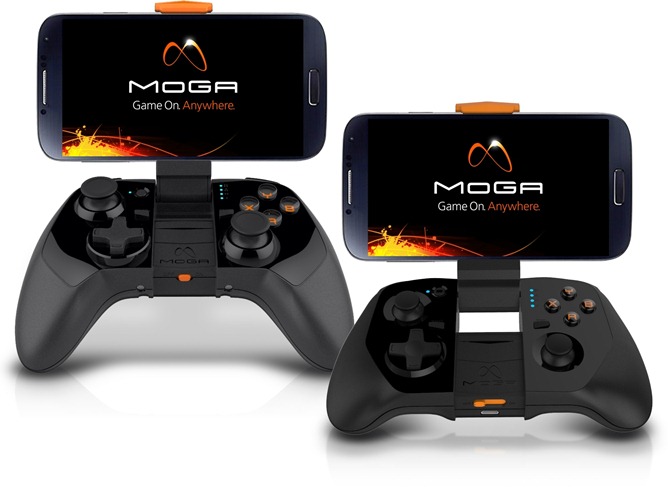 The Power Series will come in two different styles – a compact version for hauling around, and a larger (less portable) one. The bigger of the two will have larger buttons and taller thumbsticks for a more comfortable grip. The smaller Power Series controller has been redesigned to include clickable thumbsticks, shoulder buttons, and a d-pad. None of those features were included in the original portable MOGA. Both units will retain the flip-up phone holder from past incarnations.

MOGA didn't really explain what the Boost system will consist of. Odds are it's just a larger internal battery with a microUSB cable that can be plugged into the phone, but we won't know for sure until E3. The controllers are expected to hit retail this fall, but no pricing was announced.