Hey, you! Yes, you, with the Razer keyboard and the home-built desktop humming like a Sherman tank! Are you so extreme that you want to play your favorite EA shooting games even when you're not playing them?! Do you and your friends constantly argue about the value of the K2D ratio as a measurement of e-sport skillz?! Then you might just be hardcore enough to deserve Battlelog, EA's new social app for Battlefield 3 and Medal of Honor: Warfighter! You can download it now from the Google Play Store! Why are you still reading this sentence?! Words are for people who can't afford bullets! 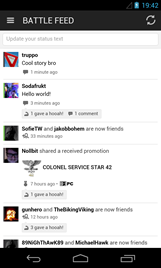 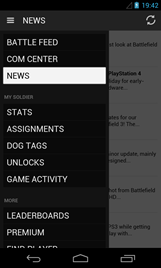 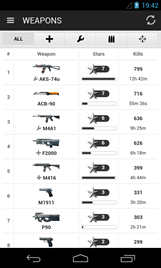 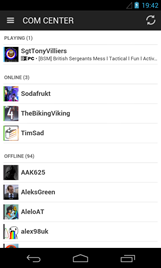 Like Activision and Ubisoft, Electronic Arts has decided that its shooter games need their very own app, which allows players to keep track of what their online friends are doing during the brief moments between extended play sessions. Battlelog is basically a tiny social network built around these two games, complete with a news feed of achievements and unlocks, leaderboards, information from the developers, and an in-game messaging system. The most useful feature is the ability to see which of your friends are in-game right at this moment, and on which server, so you can find them quickly enough to get in before the session fills up.

Battlelog is a free download for Android devices running 2.3.3 and up, though naturally you'll need an Origin account and at least one of the two games listed above to take advantage of it. Early reviews in the Play Store are not kind - it looks like bugs are keeping some users from doing anything except viewing the news feed. As usual, EA has split the game up into versions for North America and the rest of the world. 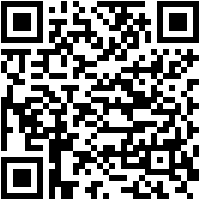