Fun fact: I never leave home without a microUSB cable. I have a short cable that stays in my bag at all times – you know, just in case. The need for charging and the like is constant, so it's hard to say when that cable could come in handy. Several months ago, a new Kickstarter campaign hit the scene that could end my need for a USB cable in my bag, and instead put one in my wallet. I'm talking about ChargeCard, a project that ended up getting more than triple its $50,000 target goal. 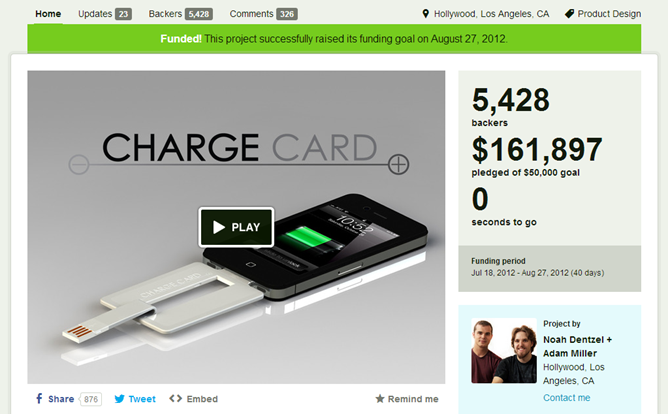 Here's the gist: it's a credit-card sized device with a pop-out full-size USB plug on one end, and (in this case) a microUSB plug on the other. There's also a variant designed for the iPhone, but naturally we're focusing on the microUSB edition here. The card itself is made of a hard plastic, while the full-size USB plug is on the end of a flexible piece of rubber. The design is quite interesting if nothing else. 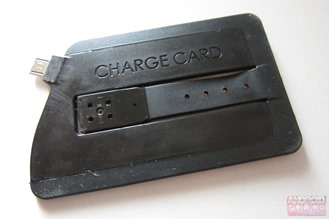 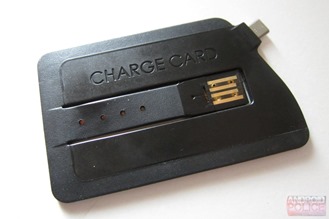 While the ChargeCard may be (basically) shaped like a credit card, it's not nearly as thin. The overall thickness of the gadget comes to about thrice that of a traditional credit card, which isn't bad considering it's a fully-functional USB cable, but it could take up a significant amount of space inside a wallet.

The idea is that you'll likely be using the card to juice your phone up from your laptop, which makes perfect sense if you're on the move. It can also be used with a traditional wall adapter, but the overall form factor makes that too awkward to be practical in my opinion. 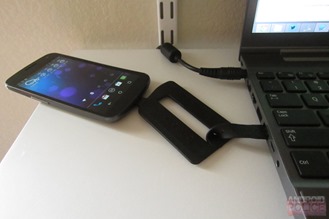 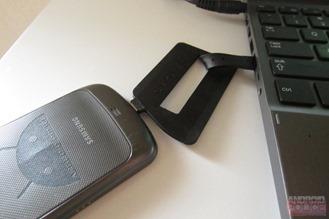 Speaking of, using the ChargeCard is pretty much always at least kind of awkward. Depending on the placement of your phone's microUSB port, you could be facing the choice of bending the USB attachment in odd position that feels like it will ultimately damage the ChargeCard, leaving your phone in a face-down position (which drives me nuts), or laying it on the table upside-down (as in, the front-facing camera is closes to you, instead of the navigation buttons – see the HTC One X+ image below). Also due to its quirky design, the ChargeCard makes it incredibly difficult to use the device while it's charging, which is quite contrary to that of a typical USB cable. To add to the designed oddities, the Android-compatible version of the ChargeCard's microUSB port is placed on the card at an angle, as opposed to directly on the top like the iPhone's (non-Lightning) version. This makes something as simple as propping the phone up while using the ChargeCard a nearly impossible task to do easily. 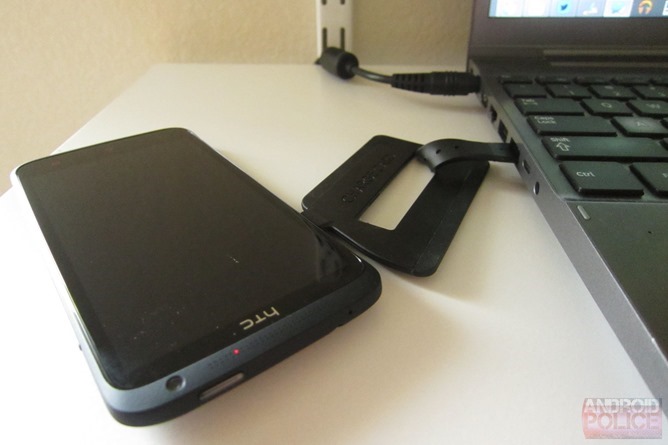 Past that, the ChargeCard does exactly what it was designed to do: charge your phone. Since it's basically just an oddly shaped USB cable, it also works for things like MTP access or ADB, which is quite convenient.

At $25, the ChargeCard is a bit on the pricey side, especially when traditional microUSB cables can be purchased for just a few bucks. Thus, you have to ask yourself the question: is it really worth the extra expense for a little convenience and a lot of novelty? It is of course all dependent on the individual, but while I can see myself using the ChargeCard on occasion, I think I'll still be reaching for a traditional microUSB cable far more often.

Roundup: Our Top Five Picks For Best New Game From May 2013