I'm sure the first question on your mind is why is AP reviewing a car stereo? Two words: Android app. Basically every aspect of the controlFREQ from Scosche ($119, scosche.com) can be controlled from the companion Android app (there's also an iOS version, but neither is required for the player to work) – or at least that's the claim being made here, anyway. The execution is, let's just say, less than perfect. 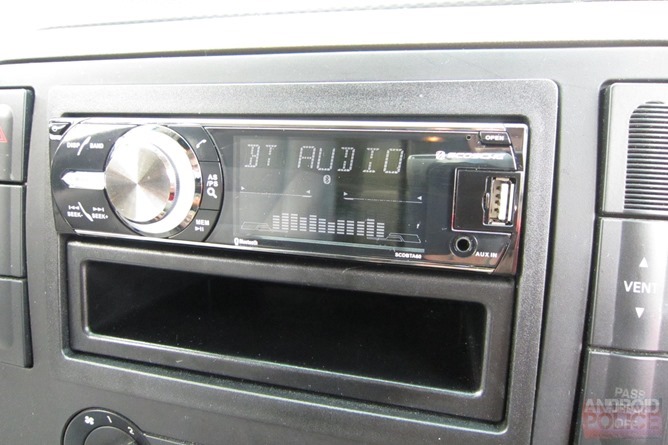 Since the stereo itself is nothing to write home about, we're going to focus primarily on the app and how it functions with the controlFREQ, as well as where it could be improved (spoiler: nearly everywhere). With that, let's take a look at how the remote app looks. 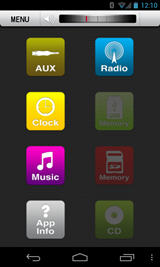 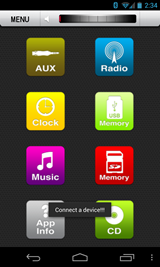 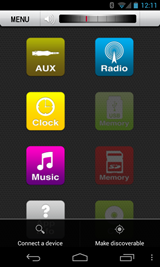 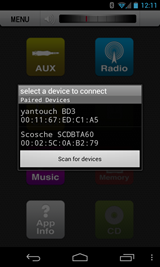 Right out of the gate, it's pretty clear that this app doesn't even begin to follow the Android design guidelines. Or any other aesthetically pleasing app design for that matter. It's just downright hideous.

But! It can be redeemed through functionality, right? In this case... no. Not only is the controlFREQ app poorly designed, but it's equally as poor when it comes to execution – at least every time the phone is connected to the receiver, anyway. Here's how the scenario plays out every single time you get in the car:

Get used to seeing this.

Expected to connect via Bluetooth and start streaming, didn't you? Well, that's not the case. Instead of just connect-and-play, you have no fewer than six steps to go through before you can stream from something like Spotify or Play Music.

Once you jump through all the hoops just to stream music wirelessly, however, it works really well. The head unit even has controls that let you jump forward and backward in the playlist, as well as pause music, so you don't have to fiddle with the phone while driving. That's one redeeming quality, I suppose.

Of course, you don't have to stream music over Bluetooth – you can also play media directly from the phone with an auxiliary cable, from a USB drive, SD card, or kick it old school and use a CD (that's a Compact Disc for those who may not know what they are) – all of which can be controlled from the app.

But it's still not a great experience. Let's say you forgo all the headaches of streaming media and decide it's easier to just listen to the radio (do people still do that?) or play music from one of the various other options. Even then, the app fails to deliver any sort of usable interface – to make matters worse, the ugly just keeps coming. And coming. And coming. 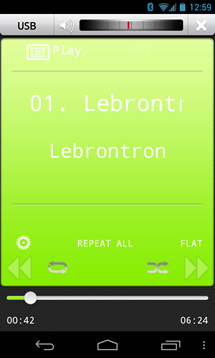 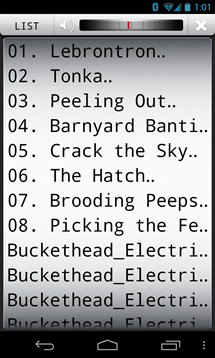 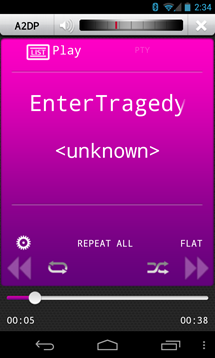 And get this – there's no folder or track management of any kind when dealing with USB drives or SD cards. Just stick it in and hit play. You can, however, control random, shuffle, and the like, but that's of little value if you can't even dictate the playlist itself.

Let me just put this bluntly: this is the worst app I've ever used. It's horribly ugly, and nearly every feature is half-assed. There's essentially no track management, the app has to be "connected" to the player twice, it can't stream media over Bluetooth unless you jump through the connect-connect-connect-play hoop, and trying to do basically anything else from the application is nothing short of a frustrating nightmare of ugly buttons and bullshit issues. To add insult to injury, the app is required in order to play anything over Bluetooth. Ugh. Just ugh. 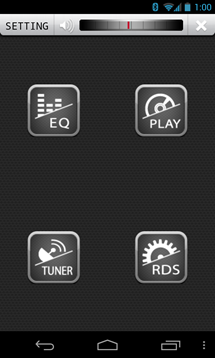 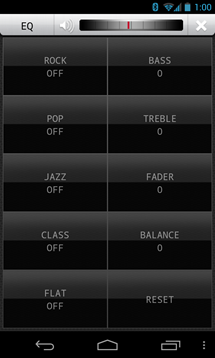 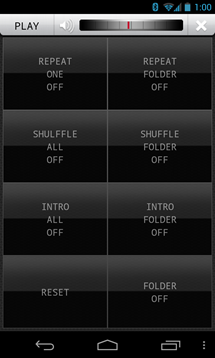 Fortunately, it's not all bad (and what is could easily be fixed). The head unit itself is solid for something in this price range, and it puts out good, clean sound even from my van's factory speakers. And since it's firmware-upgradable (via USB), it can constantly be improved – a fact that brings me back to the app. As I've already stated, the controlFREQ app is staggeringly bad – but not all hope is lost. It can be completely redesigned to follow the Android guidelines (or at least something aesthetically better than the current crap) and offer the features that are missing (like folder management for USB sticks/SD cards), both of which would make it very usable, and a create an overall good system for only $120. 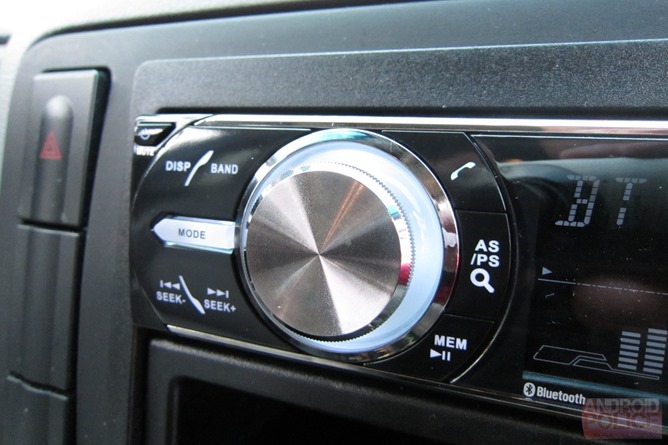 As it stands right now, however, there's no way I can recommend this product to anyone who has been considering it based on its Android compatibility. If you just want a way to play CDs or listen to the radio it's fine, but you can do that with basically any car stereo, so there's no real reason to choose the controlFREQ over any others (including your factory radio). If Scosche decides to redesign the app (and allow for Bluetooth playback without hassle), then I'll gladly revisit this one at that time.

Until then, however, I recommend staying far, far away. 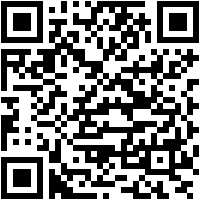