Samsung's tougher brother to the flagship Galaxy S4 is a pretty poorly-kept secret, with multiple leaked photos, videos, and different sets of specifications coming out weeks before its announcement. Samsung confirmed the device today in a press release coinciding with Computex, painting a picture of the S4 Active as a device that mostly matches the Galaxy S4 for power and capability, with the ruggedized design seen on some of Samsung's Rugby smartphones. The Galaxy S4 Active will be available for purchase this summer starting in the United States and Sweden, for an undisclosed price. 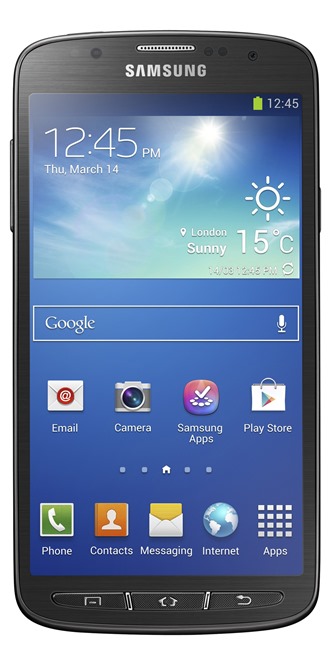 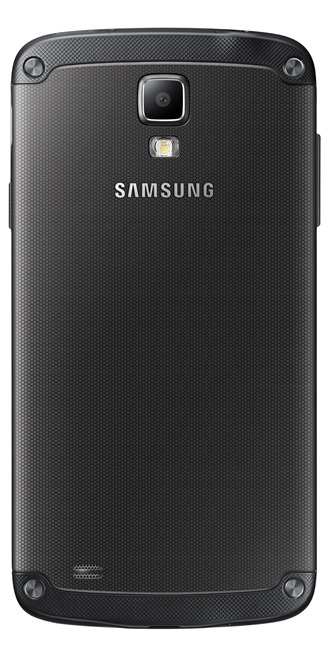 Specifications remain quite similar to the original S4: same 5" 1080p screen (though this one is an LCD TFT), the same 1.9Ghz quad-core processor seen in the LTE versions (almost certainly a Qualcomm Snapdragon 600, though this isn't confirmed in Samsung's press release), same TouchWiz version of Android 4.2. The only significant change to the internal hardware appears to be a downgraded 8 megapixel rear camera - even the IR port has made the transition to the more rugged model. 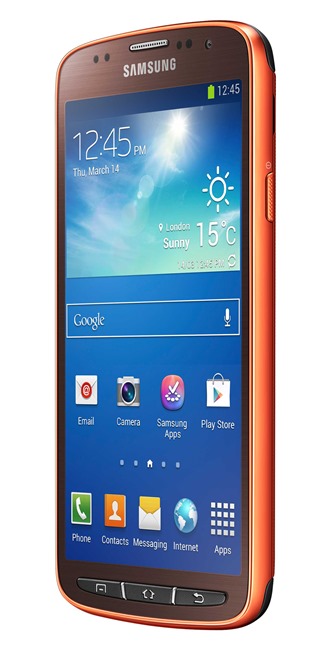 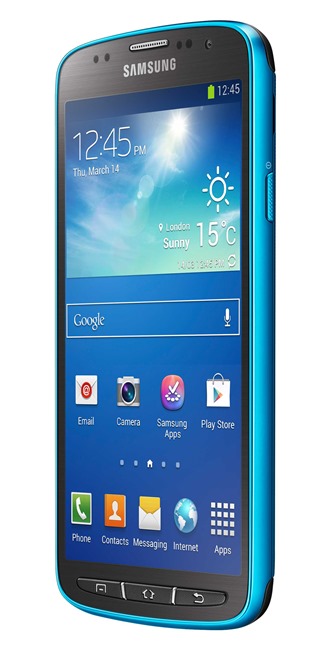 The S4 Active is rated with an Ingress Protection factor of 67, meaning that it can handle complete submersion in water for up to 30 minutes at a depth of one meter and resists solid particle (sand, dust) ingress as well. To achieve this, Samsung has ditched the capacitive control buttons for three separate physical buttons. Even with all the extra protection, the phone remains relatively svelte at 9.1mm thin. The battery is a generous 2600mAh, though we're not sure if it's removable or not. Initially the S4 Active will be available in a 16GB configuration, with a user-accessible MicroSD card slot. One last hardware change: a physical camera shutter button, so users can take shots underwater without having to touch the screen. 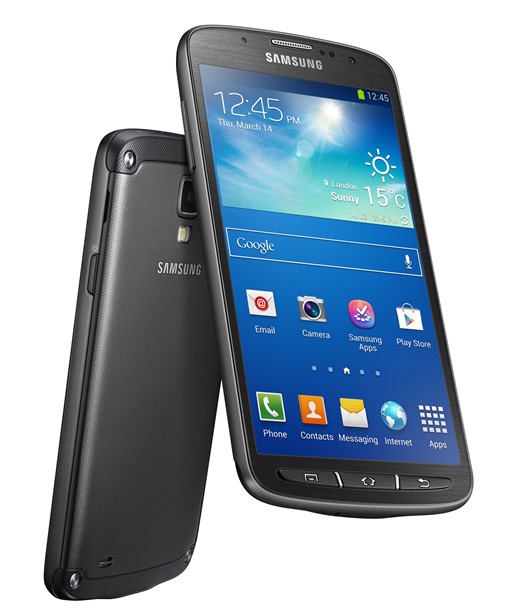 The Galaxy S4 Active will be coming to the US and Sweden first, followed by a wider rollout. Naturally it will be getting both LTE and 3G HSPA+ versions. The S4 Active is coming in some surprisingly colorful variants, with grey, blue (which seems sort of teal/aquamarine to me), and orange. Samsung isn't talking price or carriers yet, though we've seen pretty compelling evidence that it'll be headed to AT&T sooner rather than later.

Update: GSM Arena got to play with an S4 Active in the flesh, and it looks like the battery is indeed removable. Hat tip to commenter Mikey.

SEOUL, Korea 17:00 KST - June 5, 2013 - Samsung Electronics Co., Ltd, a global leader in mobile technology and digital solutions, today announced the GALAXY S4 Active, designed to enhance life experiences of the active user who wants to stay connected while exploring environments from the most rugged mountain trails to the roughest rivers.

“The GALAXY S4 Active is the newest addition to the GALAXY series and is purposefully designed for active users who love the outdoors,” said JK Shin, CEO and President of IT & Mobile Communications Division at Samsung Electronics. “Samsung has taken the innovative features of the GALAXY S4 and added breakthrough protective design elements to create a device that thrives in an active environment and is built for a lifestyle of travel and exploration.”

Recognizing the demands of a dynamic lifestyle, the GALAXY S4 Active was engineered to keep active users connected as they explore and experience the world around them.

The GALAXY S4 Active has qualified protection from dust and water (IP67＊), so you never have to leave the device at home during a long day at the beach or dusty hike. The fully sealed design keeps dust particles out and protects against water damage for up to 30 minutes of submergence at a depth of one meter. Equipped with a water-resistant earphone jack, the GALAXY S4 Active frees you to use earphones in more adventurous conditions, in the same way you’ve used them in normal ones. Whether capturing every moment of a wild rafting trip or taking a great underwater photo in the pool, the device’s unique construction lets users capture amazing moments previously impossible using a normal smartphone.

An active lifestyle requires plenty of energy, and the GALAXY S4 Active offers a long-lasting and powerful user experience.

Featuring a 1.9 GHZ Quad-Core processor and 2,600mAh battery, the GALAXY S4 Active can handle the most intensive tasks with ease and precision. Striking color and stunning resolution on the device’s beautiful 5.0’’ Full HD TFT LCD screen (443 PPI) makes playing the newest games or watching hours of video easy on the eyes. And with ‘Glove Touch’, cold weather is no longer a problem since the touchscreen can be fully operated while wearing gloves.

With an 8-megapixel rear camera, users can easily share their vivid experiences while on the go. Unique to the GALAXY S4 Active camera, ‘Aqua Mode’ can be used to increase visual quality and clarity for enhanced underwater images and video. The volume key located on the side of the device can be used as a camera key, allowing users to easily and quickly open the camera application to capture photo and video the moment it happens. Additionally, the camera transforms into a powerful LED flash light to assist in low-light and nighttime activities with a simple long press of the volume key.

The GALAXY S4 Active will be available for purchase beginning this summer, with initial retail in the U.S. and Sweden. It will be offered in three different color options: Urban Grey, Dive Blue and Orange Flare. Specific availability will vary depending on the market.