Is that OEM keyboard getting you down? Can't seem to get the hang of Samsung's aggressive autocorrect, or just had it with HTC's Sense themes? Google has just the thing. The stock Android keyboard has been released in Google Play as a standard app. Go grab the official Google Keyboard right now. 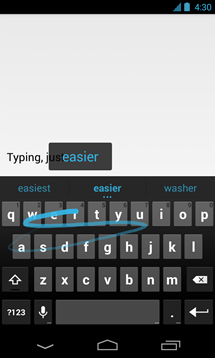 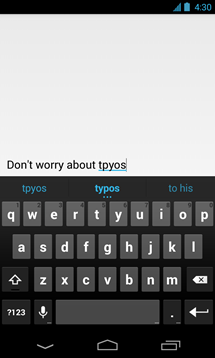 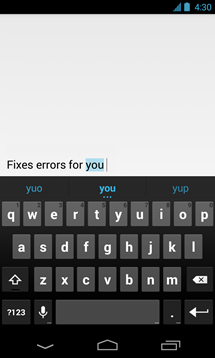 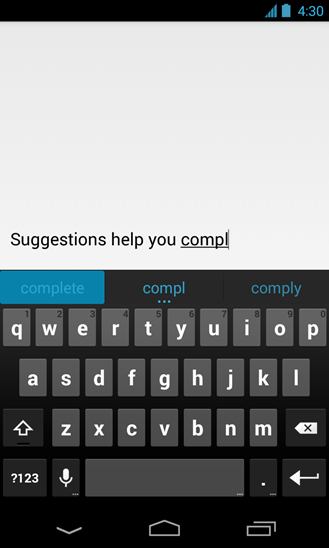 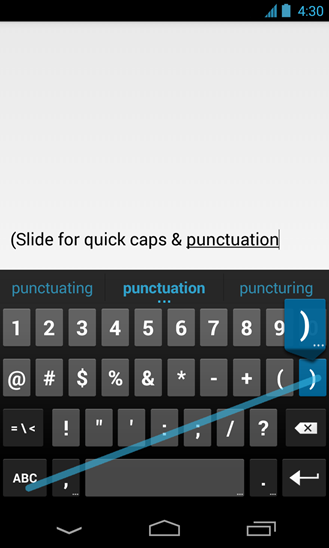 The stock keyboard includes all the features introduced up through Android 4.2, and it can be installed on any Android device running 4.0 or higher. That's a lot of devices that can now get access to Google's version of gesture typing, voice dictation, and auto-completion. 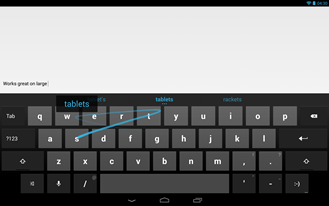 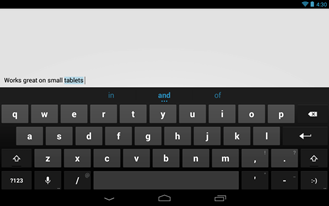 This version of the Android keyboard can also be installed on stock device like the Nexus 4 and Nexus 7. Presumably it updates the existing experience so Google can push out new features without waiting on OS updates. There are plenty of alternative keyboards in Google Play, but this is free and really solid. What more can you ask for? Oh, and notice the time in the screenshots – 4:30. The clock in Google's screenshots often points to the current or upcoming Android version number. Google, you're such a tease.

Update: Google has confirmed the keyboard app is for English-speaking countries only at first. More languages coming soon. The APK is mirrored below.

[Thanks, Will and Felipe!]